Last week’s contest was won by Poster Child. It was the street in Minneapolis where Pointergate began.

This week’s is the last contest I’ll be doing for a while (will post historical results next week). Thanks for playing and good luck! 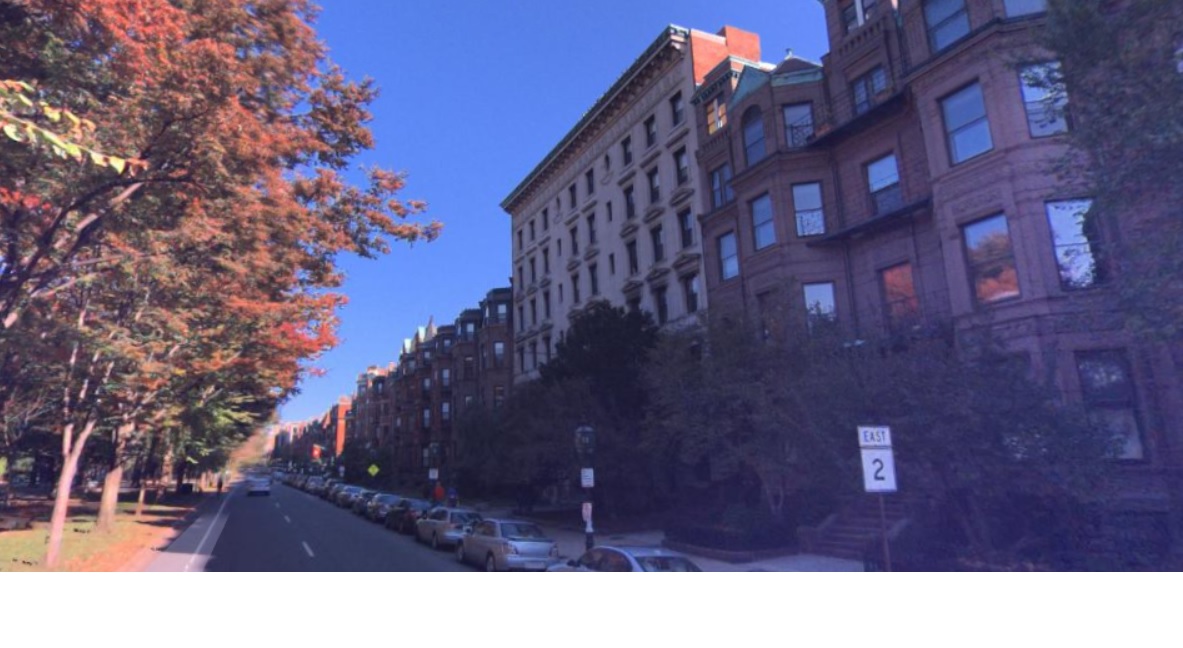 Job 1
Now there was a day when the sons of God came to present themselves before the LORD, and Satan came also among them.

And the LORD said unto Satan, Whence comest thou? Then Satan answered the LORD, and said, From going to and fro in the earth, and from walking up and down in it.

And the LORD said unto Satan, Hast thou considered my servant Job, that there is none like him in the earth, a perfect and an upright man, one that feareth God, and escheweth evil?

Then Satan answered the LORD, and said, Doth Job fear God for nought?

Hast not thou made an hedge about him, and about his house, and about all that he hath on every side? thou hast blessed the work of his hands, and his substance is increased in the land.

But put forth thine hand now, and touch all that he hath, and he will curse thee to thy face.

And the LORD said unto Satan, Behold, all that he hath is in thy power; only upon himself put not forth thine hand. So Satan went forth from the presence of the LORD.

Young Turks: People love ObamaCare, so long as they don’t know what it is called.

Sam Seder: Solyndra turns out to be the opposite of a scandal.

Thom: Is Walmart playing “Hunger Games” with its employees?

Sam Seder: How Republicans ran from their right wing victory…

Fallon: Pros and cons of Thanksgiving.

What we talk about when we talk politics at Thanksgiving.

‘Twas the night before Thanksgiving:

…and the ever-classic “Sarah Palin and the Thanksgiving day massacre“:

The politics of Thanksgiving day,

Even lemurs can enjoy Thanksgiving dinner at the Brookfield Zoo.

– Shorter Cathy McMorris Rodgers: The President’s immigration executive order is the democratic process on the rocks. Not the last 4 years of House leadership that I’ve been a part of.

– Does sadness have levels? I guess so. I’m not sure what “more than sad” feels like so I keep quiet.

– The today’s Uber versus future Uber is an interesting lens for policy debates.

Please join us tonight for some pre-Thanksgiving turkey talk and political prognostication over a pint at the Seattle Chapter of Drinking Liberally.

We meet tonight and every Tuesday evening at the Roanoke Park Place Tavern, 2409 10th Ave E, Seattle. The starting time is 8:00 pm, but some folks show up before that for dinner.

Can’t make it to Seattle tonight? Check out one of the other DL meetings this week. Tonight the Tri-Cities chapter also meets. On Wednesday, the Bellingham and Burien chapters meet. And next Monday, the Yakima and South Bellevue chapters meet.

There are 202 chapters of Living Liberally, including sixteen in Washington state, four in Oregon and three in Idaho, so chances are excellent there’s a chapter meeting somewhere near you.

I can’t speak for Goldy, Darryl or anyone else here, but I’ve been running kind of slow since the election. This post is just a quick note that probably until January, I’m going to just do Monday-Wednesday-Friday open threads, but not much else. If there’s something major I want to talk about, I’ll probably have a longer bullet in an open thread.

Come January, I’ll probably be back. But for now, in case you’re wondering why there have been fewer Carl Ballard posts on HA, there’s why.

– (a) Uber seems nice, I’m glad the city caved to everything they want. (b) Seems like a solid arrangement, press.

– The Town Hall on Gender Pay Equity is happening December 2.

– It’s strange because every war is also the Cold War for the GOP.

– Just consider how many utterly wrong turns one has to take to arrive at the position in which a little girl comes to your Sunday school class and your first thought is “Do I need to turn her in?” That’s sick.

– Now that Obama is an emperor for doing something other presidents have done, how does it feel living in a not free society?

Last week’s contest was won by milwhcky. It was Covington, KY.

This week’s contest is related to something in the news in November, good luck! 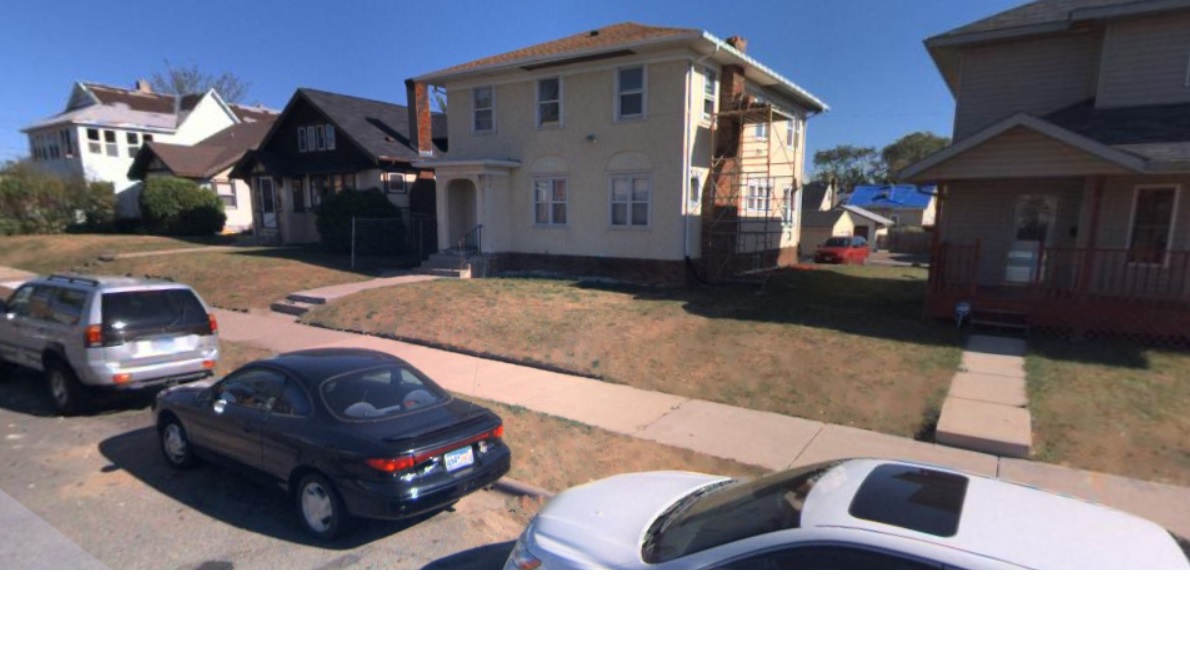 And sadly, next week’s contest will be the last one, at least for a while. There are several reasons for this, but one is that I’m considering a new weekly feature for 2015 related to current events once again, something I haven’t had time to do in the past few years. Huge thanks to everyone who comes by each week to solve these. I’m always amazed by how hard I have to make these to stump you.

1 Corinthians 14:34-35
Women should remain silent in the churches. They are not allowed to speak, but must be in submission, as the law says. If they want to inquire about something, they should ask their own husbands at home; for it is disgraceful for a woman to speak in the church.

Matt Binder: The KKK does some “rebranding”.

Lawrence O’Donnell: Why the 2014 election spells disaster for Republicans in 2016.

WaPo: Sentenced to death without all the evidence.

Lawmaker asks about a moat for the White House.

Sam Seder: Bill-O-The-Clown kicks off the 2014 War On Christmas Season for FAUX News.

Olbermann: Bill-O the Clown is BACK as Worst Person in the World!

Maddow: What we want and who we elected to do it.

Jon: Who is Jonathan Gruber?

There have now been something like seven major investigations into BENGHAAAAAAAZZZZZZZZIIIIIIII!!!!!!!!1!11!!!

Today the GOP-controlled House “Intelligence” Committee released the results of their two year investigation into the “Worse-than-9-11” events. They did so without fanfare on a weekend that almost assures Americans will be preoccupied with anything but the report.

Here is a recap of findings. The committee found that

…the CIA and the military acted properly in responding to the 2012 attack on a U.S. diplomatic compound in Benghazi, Libya, and asserted no wrongdoing by Obama administration appointees.

…[T]he investigation … determined that there was no intelligence failure, no delay in sending a CIA rescue team, no missed opportunity for a military rescue, and no evidence the CIA was covertly shipping arms from Libya to Syria.

In the immediate aftermath of the attack, intelligence about who carried it out and why was contradictory, the report found. That led Susan Rice, then U.S. ambassador to the United Nations, to inaccurately assert that the attack had evolved from a protest, when in fact there had been no protest. But it was intelligence analysts, not political appointees, who made the wrong call, the committee found. The report did not conclude that Rice or any other government official acted in bad faith or intentionally misled the American people.

There were a lot of crazy assholes spewing some bizarre theories about a lot of non-things.

And there was just plain lying…like the claim, easily debunked, that Obama never referred to the the incident as terrorism FOR 14 DAYS. Nope…he did the morning after in the Rose Garden and twice more in Colorado over the next two days. This line of Wingding bullshit bit them back is their own ass when presidential wannabe Mitt Romney made an ass of himself during a debate with Obama (priceless video). (Most non-crazy people wondered what difference it made whether it was called or not called “terrorism”, but I digress….)

Or they are pitifully stupid and totally incapable of ordinary things like reading, evaluating evidence, and synthesis. The first few reviews were supposed to make that easy for them.

It’s tough to tell the difference with this bunch.

– Good on Councilwoman Sawant for getting arrested in protest of the $15 minimum wage.

– No nominee is above criticism, of course, but liberals shouldn’t be reflexively anti-Loretta Lynch.

– The more the merrier in primaries, I say. But I don’t think I’ll be supporting Jim Webb for President.

– Mr Cosby – you don’t have to talk. Maybe it’s time for women to talk instead.

– I’m a sucker for a good science story, and this one about finding out the cause of the Pacific Northwest starfish die off is pretty interesting.

There has been a lot of talk — including from me in the last Open Thread — about the Seattle City Council doing a lot of great things right now. The budget looks surprisingly good. The $15 minimum wage passed. They’ve also done more symbolic (but still important!) things like opposing the Hyde Amendment.

There are certainly a lot of reasons for this. In some ways it has been building to it for a while; They passed the sick leave/safe leave bill a few years ago; Both candidates for mayor supported the $15 minimum wage. Since the election of a Socialist city wide, the rest of the City Council has to watch their left flank; Sawant has also done a better job holding the line than some other lefty stalwarts on the council before her. Now that there are districts, a lot of the City Council members have a smaller, more accountable, constituency to appease.

But, also the fact that they’re all up for reelection at the same time means they’re all accountable RIGHT NOW. This is democracy working! So this may be a unique moment to get the entire council to follow a more populist agenda than at any time going forward.

There’s a myth that you can’t get anything done in an election year. Maybe that’s true in divided governments or in particularly polarized situations. But in Seattle it certainly hasn’t been the case. Maybe every seat should be up for reelection every 2 years going forward.

– You always hope for a speedy resolution to labor strife, but I support the Longshore workers.

– Slow down on Rainier Ave, pleez.

– Sidewalks should never be ‘closed’ for construction projects

– Agreed that Santarchy is The Worst Fucking Night In The Bars