About 17 new polls have come out since the previous analysis a few days ago. Many of the polls were taken after last Friday’s release of Donald Trump having a candid discussion with Billy Bush. That isn’t to say Sec. Hillary Clinton is totally off the hook, as WikiLeaks has released a series of stolen staffer emails over the past week to some embarassment. They don’t seem to be getting much press attention, but perhaps they are starting to have an effect on the race.

Here are the most notable changes.

An old Arizona poll drops out, leaving behind two polls, one tie and one with Clinton up +2%. The state has gone from a dead tie to Clinton with a 60.8% chance–still pretty close to a tie. 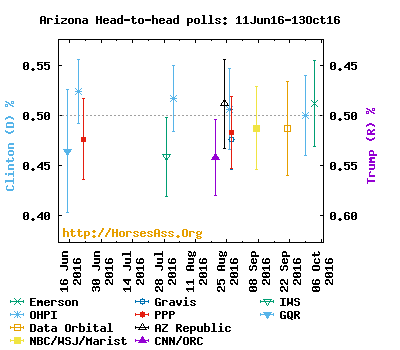 With the gain and loss of one poll, Florida moves a bit more into the Clinton column. She would win the state with a 91.8% probability today. A few days ago, her chances were 88.6%. 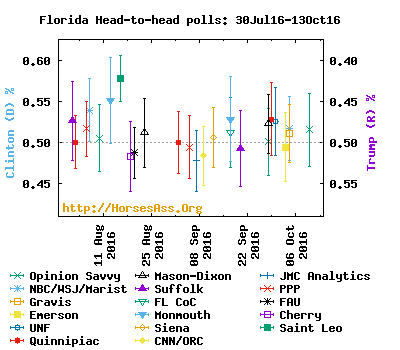 In Iowa, one of two polls aged out giving Trump a small increase to 78.1% probability of taking the state now.

In Maine, three old polls age out and one newly released poll weighs in. The biggest change is that Trump’s chances in the 2nd Congressional District have dropped from 98.7% to 59.6%. Trump is +1.6% in ME-2 now. 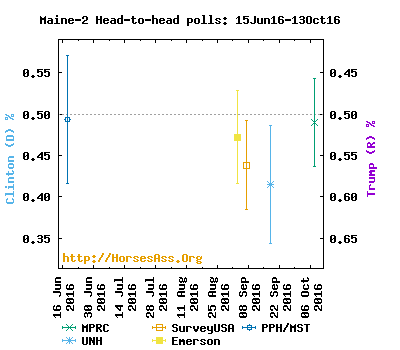 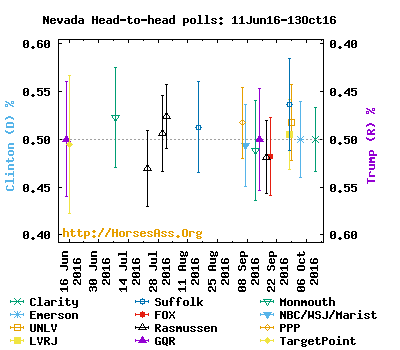 In North Carolina, a new poll enters and an old one leaves, changing Clinton’s chances from 75.3% on Monday to 86% today. 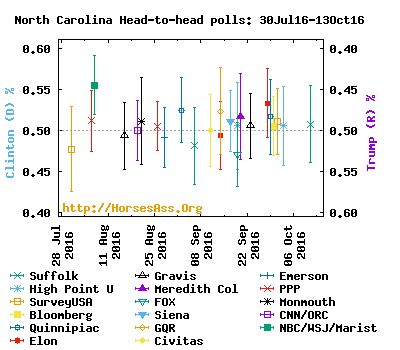 Clinton’s chances also have increased in Ohio, but only because an old Trump+6% poll has aged out. Trump drops from 85.9% to 68.3%. 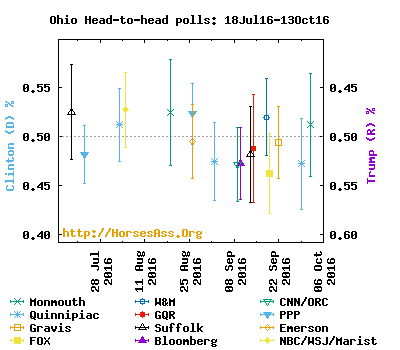 The long term trends in this race can be seen from a series of elections simulated every seven days using polls from 13 Oct 2015 to 13 Oct 2016, and including polls from the preceding 21 days (FAQ). 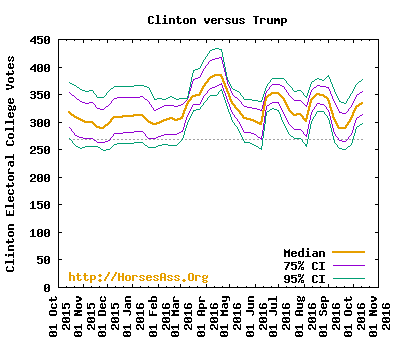 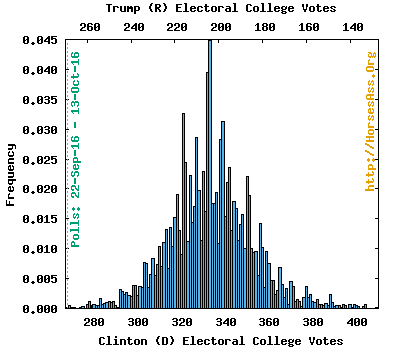