There have only been 18 new polls since the analysis last week. (Actually, there have been a flood of polls done using internet panels, but I still refuse to include those polls.) Most notible among the polls is an Emerson poll from Maine that includes sub-polls for Maine’s two congressional districts. This is only the second pollster providing the CD breakdowns, and both have found the state split.

Over the past week, we have seen the national polls tighten up a bit. Even though most polling is done in swing states, it still takes some time for analyses based on state head-to-head polls to catch up with national polling. We should expect to see a shift toward Trump.

That said, the electoral map is still strongly favoring Clinton. It is difficult, right now, to see a path for Trump to achieve 269 EVs.

Here are a few state notes.

Georgia had five current polls for the previous analyses, but four have “aged-out” and now we have one current poll. As a result, the state has gone from 50.1% probability of Clinton taking the state to 52.7% for Trump. In other words, the state is still a dead tie. 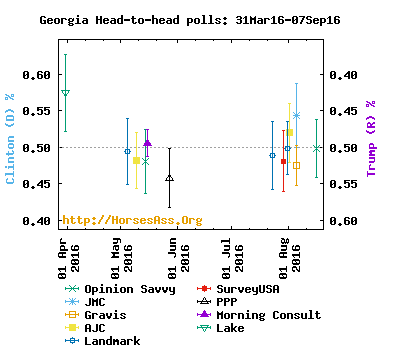 In Iowa, one poll has aged out and two new polls have been added, one with Clinton up +2% and one with Trump up +5%. The net result is that Iowa has moved from 56.4% probability of Clinton winning the state in the last analysis to a 51% probability of Trump taking the state now. It is a toss-up. 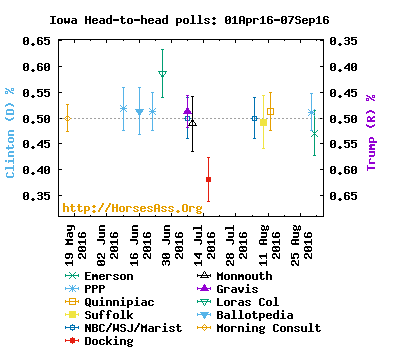 This week we lose one Missouri poll and gain a new one with Trump up +9%. The net result is that the state goes from Trump winning with a 93.9% probability to a 99.6% probability of taking the state.

We have no new polls in Nevada this week, but one poll has aged out, moving Nevada from an 84.1% chance for Clinton to a 64.3% chance.

A surprisingly close new poll in New Jersey suggests that Trump has a 21.8% chance of taking the state. That said, Clinton has won every NJ poll to date. 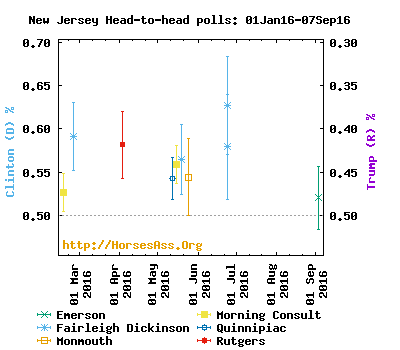 In Ohio, two of last week’s five polls age out. This has moved Clinton’s chances down from 90% to an 82% chance of taking the state. 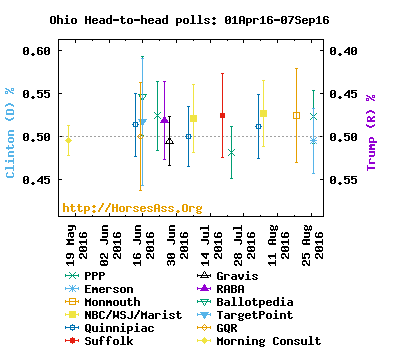 A new Rhode Island poll is surprisingly close. Trump now has gone from almost no chance of taking the state to a 30% chance. Still the polling overall favors Clinton. 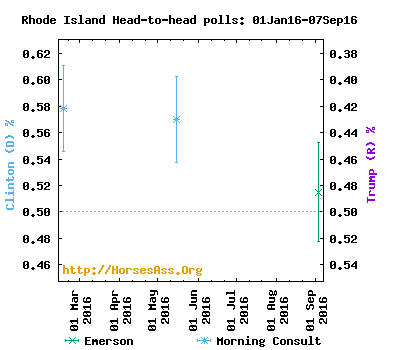 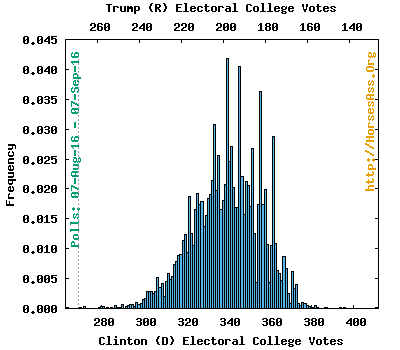