We now have about 20 new polls since the previous analysis last week. There Sec. Hillary Clinton was leading Donald Trump in mean electoral votes 347 to 199. If the election had been held last week we would expect Clinton to win with near certainty.

A Monte Carlo analysis with 100,000 simulated elections, gives Clinton all 100,000 wins. Clinton received (on average) 350 to Trump’s 188 electoral votes. In an election held now, Clinton would be expected to win with greater than 99% probability.

Basically, the newest polls don’t change the picture much. The only state to flip is Georgia, that went from Trump with a 72.5% probability of taking to state to Clinton with a 50.1% chance. In other words, Georgia looks like a toss-up. The change isn’t because of new polling. Rather, one old poll “dated out”. Frankly, Clinton’s standing is being driven by one poll from JMC Analytics that has her up +7%. I suspect this poll is an outlier. 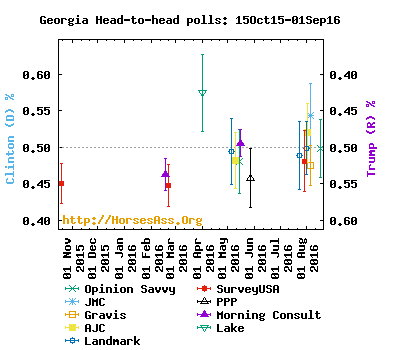 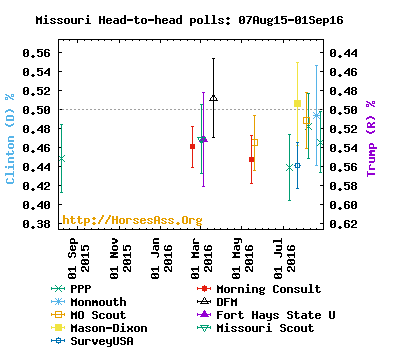 In North Carolina we lost one old poll and gained two new polls. The net result is no change: Clinton still has an 84% chance of taking the state now. 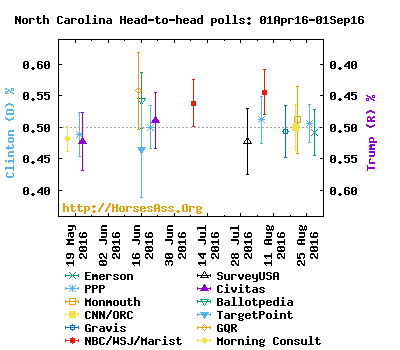 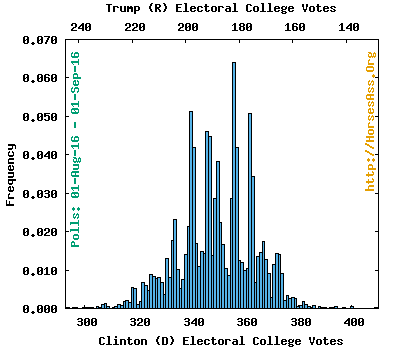