Five new state head-to-head polls have been released since my previous analysis of a hypothetical election contest between Pres. Barack Obama and former Speaker Newt Gingrich:

The two most recent Florida polls contradict each other. One gives Obama a +17% edge, and the other puts Gingrich up by +9%.

In Georgia, Gingrich has a +5.9% edge over Obama. That’s pretty anemic, considering that (1) it is Gingrich’s home turf, and (2) the same poll puts Romney up about +8 over Obama. 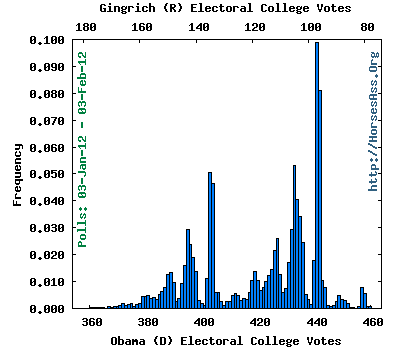