There are a few interesting changes since Thursday. Most notably, Alaska is suddently blue! The only current poll has Clinton up by +4%. Previous polls had Trump leading. The trend towards Clinton looks plausible: 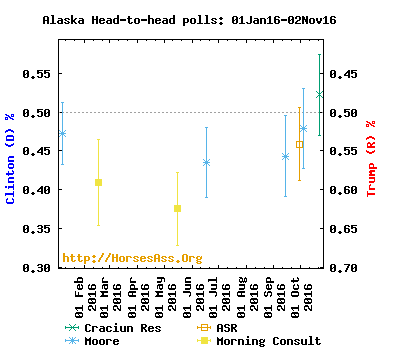 New polls have turned Arizona back to red again after being blue for some days. Last Thursday, Clinton would have won AZ with a 75% probability. Today, Trump would win with a 77% probability. The trend toward Trump is convincing: 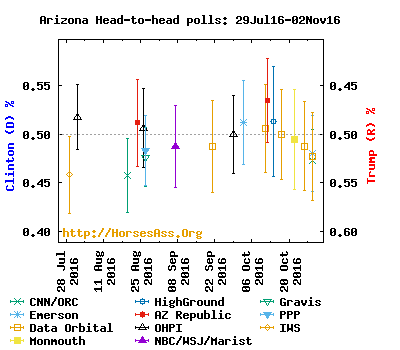 Florida had been leaning blue last Thursday. A bunch of new polls has painted a redder picture, although Clinton’s chances have only dropped from 84% to 68%. Here is the last week of polling: 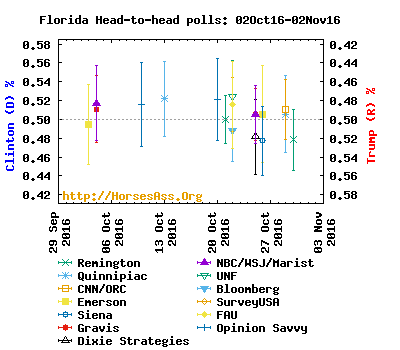 Last week we had two Iowa polls that, together, favored Trump. Now, the only current poll is a tie between the candidates dropping Trump’s chances from 71% to 50%. 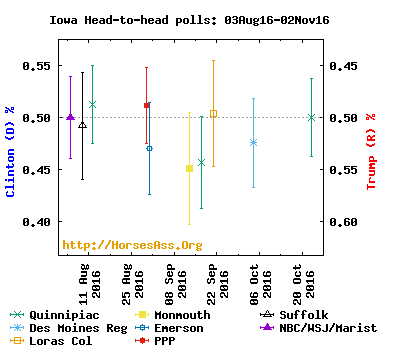 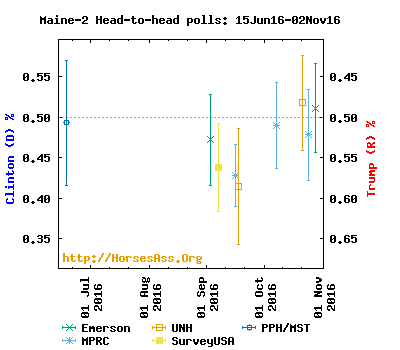 In Minnesota, a new poll gives Clinton a +10 margin, increasing her chances of taking the state to 99%.

In rare gains for Clinton, a new Montana poll only has Trump up by +1% instead of double digits. This lowers Trump’s chances from 100% to 97.7%.

We have three new polls in Nevada, and two of them give Trump a slight lead. The result is that Clinton’s chances have dropped from 83% to 56%. The state is, essentially, tied now. 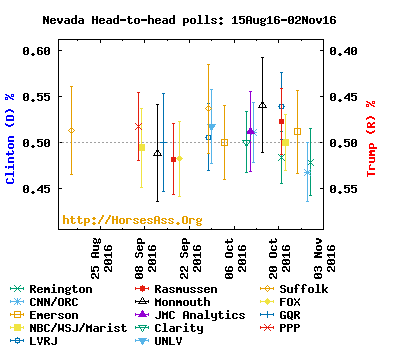 Since last week, eight new North Carolina polls have come and a few lost out for a total of 14 current polls. What do all they new polls reveal? Clinton still has an 80% chance of taking the state. Here is the last two months of polling: 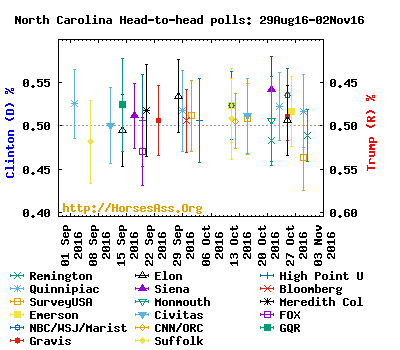 Ohio has gone more strongly for Trump. Last Thursday, Trump had an 89% chance of taking the state. Today that is 98%. 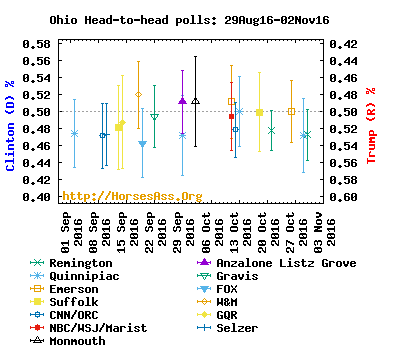 Oregon went from three current polls to one new one with Clinton at +7%. Because the poll is small there is great uncertainty, and Clinton’s chances have dropped to about 90%.

Pennsylvania has had a big polling rush the last few days. It hasn’t made much difference. Clinton wins every one, even if by small margins. 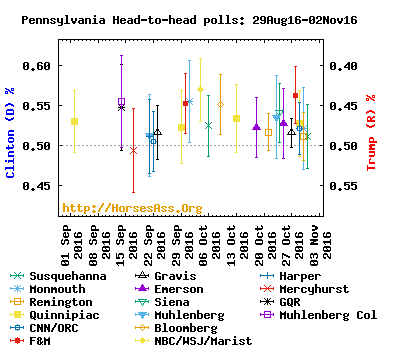 Something similar has happened in Utah—polls tanked for Trump last week. This week they rebound with Trump up last week from 87% to about 100%.

The long term trends in this race can be seen from a series of elections simulated every seven days using polls from 02 Nov 2015 to 02 Nov 2016, and including polls from the preceding 21 days (FAQ). 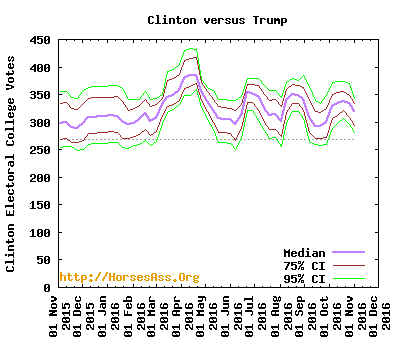 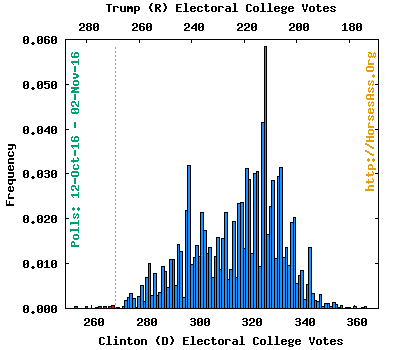