About 40 new polls have been released since my previous analysis a week ago. Sec. Hillary Clinton was winning with near certainty and up 338 electoral votes to Donald Trump’s 200 electoral votes.

A few states have shown some interesting changes since last week.

The long term trends in this race can be seen from a series of elections simulated every seven days using polls from 27 Oct 2015 to 27 Oct 2016, and including polls from the preceding 21 days (FAQ). 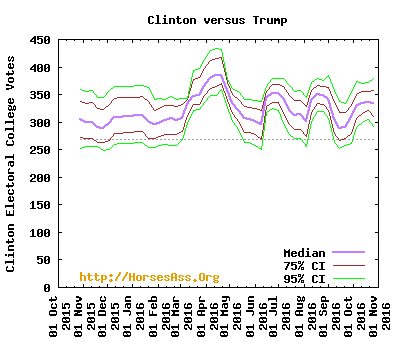 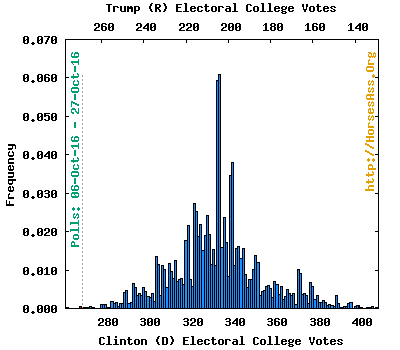