Some 31 new polls have come out since last Thursday’s analysis of the race between Vice President Joe Biden and President Donald Trump. The new polls don’t really change much of anything. Biden leads. It isn’t even close.

After 100,000 simulated elections, Biden wins all 100,000. Biden received (on average) 363 to Trump’s 175 electoral votes. In an election held now, Biden would have a greater than 99.9% probability of winning. Trump would have no chance of winning.

The long term trends in this race can be seen from a series of elections simulated every seven days using polls from 12 Oct 2019 to 12 Oct 2020, and including polls from the preceding month (FAQ). 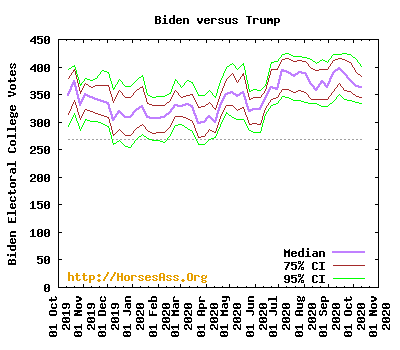 Since July, Biden’s lead has been solidly above the 270 electoral vote victory threshold, generally bouncing a bit between 350 and 400. 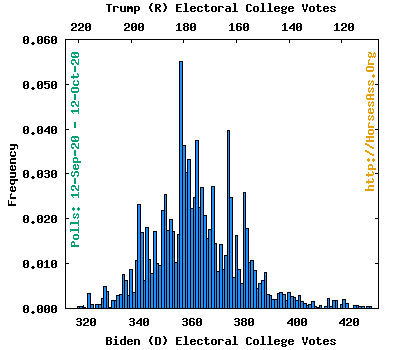