A few months after the initial need, this week the stimulus package finally got help to me. The stimulus check arrived. And, more important to me, the company I work for finally had its PPP loan approved. So that’s good.

It is still frustrating. These things should have happened sooner. I have enough savings and if worst came to worst, I could have moved in with family. So the delay wasn’t bad for me (except for the stress of not knowing about my job) but it really should have been faster for people who needed it right away.

Stop sweeping homeless encampments. Gah. There are no good solutions until we can build a lot more housing. But Jesus Christ on the cross, can we not? Especially in a pandemic, but even after.

Good for AG Ferguson for getting 2 gyms to close during the stay home order. Honestly, I couldn’t imagine a worse place to choose to be than at the gym right now. Can’t wait to share equipment with people who are heavily breathing, indoors, and depending on the layout maybe impossible to social distance. One of the gyms says that it’s taking precautions, but still ick.

Ti’s very dispiriting that Washington state has hit 1000 confirmed coronavirus dead. Social distancing and hand washing have slowed down the spread. But still, here we are. It’s better than if it had happened weeks or a month ago.

Now that Darryl is doing the polling analysis, I want to remind you that you are a participant in the system. and family. Seeing the polls can make the election seem like it’s a force of nature. But the good news is that you can make a difference. You can donate. You can make calls. You can write about the candidates online or a letter to the editor. Send a postcard to a voter. Talk to your friends.

You are also a participant in washing your hands so wash them right now. 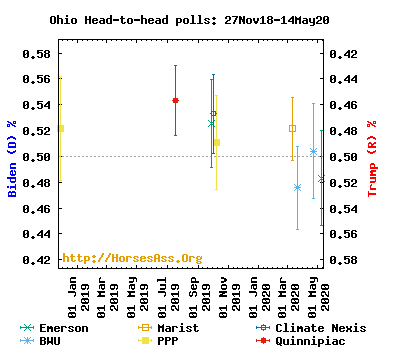 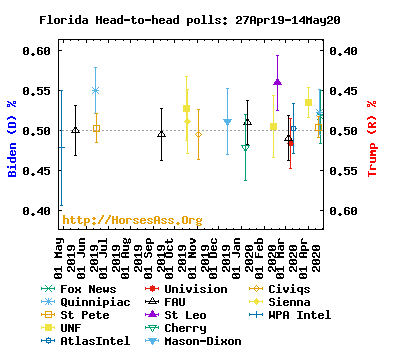 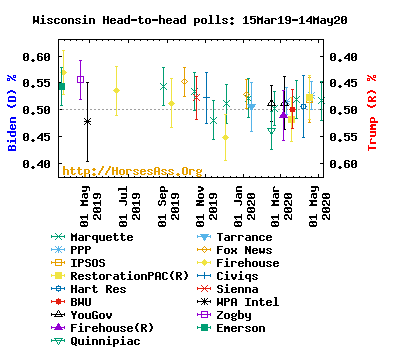 Here is the distribution of electoral votes [FAQ] from the simulations:
END_OF_DOCUMENT_TOKEN_TO_BE_REPLACED

King County’s directive for mask wearing goes into effect on May 18. But if you can, please start wearing masks before that. You can help make the community safer.

As a Downtown resident, I find it somewhat amusing that “outdoors where social distancing is difficult” is district from “outdoors.” There are a lot of people outside regardless.

Are you tired? I am. For the last few days, my neighbor’s alarm has been going off at 10:00 PM the last few days. It’s loud enough to keep me up. I knocked on her door over the weekend, but nobody came to the door. I know that she has family in the area, so she’s probably fine. Should I ask the super to check on it?

Joe Biden gives an address on the economy.

Here is the list of King County parks and trails that are reopening today. If you’re using one be cool. Allow social distancing to work. Still wear a mask. Wash your hands.

And if you’re going out or not, wash your hands right now. 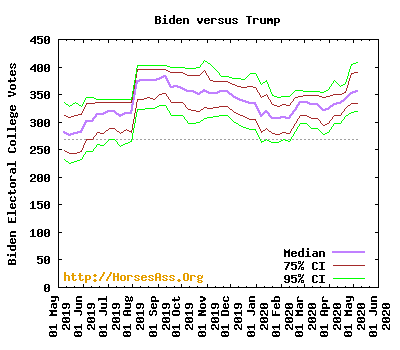 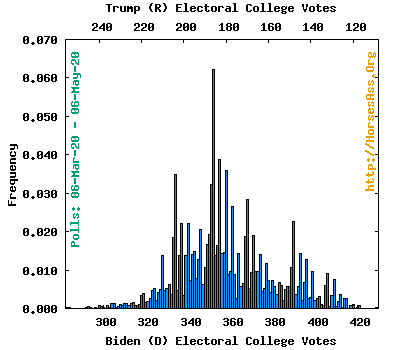 END_OF_DOCUMENT_TOKEN_TO_BE_REPLACED

I don’t get the people who are rushing to reopen. The economy is awful and nobody is happy staying in. But suing to infect more of your constituents is just garbage. Like more death is good for the economy, somehow. Like if your employees all get sick and some die it’s a goo day at work. Like going to a restaurant or a bowling alley now would even be reasonable. Ugh.