What the fuck, Seattle Weekly? Look, I know since McGinn said the city wasn’t going to advertise in the Weekly as long as their parent company didn’t ID their adult service ads, the Weekly has been out to get McGinn. And it isn’t like they were super friendly before that. But fuck me if this isn’t the goddamn stupidest piece of shit public records request I’ve ever seen.

I mean yes, there are a few words in that list that are rightly off limits* and it would be a legitimate story if McGinn or his staff used them. But basically, any elected official or their staff who want to say “crap” is fine by me. Hell, I sort of expect a few fucks and shits.

In fact, I’m a little disappointed with McGinn’s team. Only 14 uses of swear words in a year and a half? That’s like a slow motherfucking thread here. Jesus Christ on the fucking cross, step up your game, guys.

And what the fuck kind of list is that any way? I’ve never made a public records request, but wouldn’t “fucking moron” “fucking idiot” and “fucking buffoon” all be covered under “fucking”? It seems like they’re trying to pad their swear count, and yet they leave a lot off.**

END_OF_DOCUMENT_TOKEN_TO_BE_REPLACED

– I’ve been reminded about how fitting the location is for them. Before Capitol Lake, that particular place was home to Little Hollywood, Olympia’s depression era shacktown. It was probably the most visible evidence of the Great Depression in town.

– Shorter Pudge: Congress forced me to keep my kids up late with its nefarious daylight savings time. (And From Carl, sunset is before 6:00. How early do Pudge’s kids need to be home?)

– Whoever is in charge of making signs for the NY Police protest needs to, um, try harder.

– It’s really annoying that jaywalking is ticketed. Also, apparently, not where the problem lies.

– If we’re not actually painting the map red, we can’t be an empire.

The Washington Poll has released a new poll of Washington state voters on issues, initiatives in this election, as well as candidates in next year’s election.

The poll surveyed 938 registered voters from Oct 10th through Oct 30th, and has a margin of error of 3.2%
Here is the summary:

Here is what I take away from this poll:

Last week’s contest was won by Brian. It was the location of the Occupy protest in Melbourne, Australia. Here’s their homepage.

This week’s contest is a random location somewhere in the world, good luck! 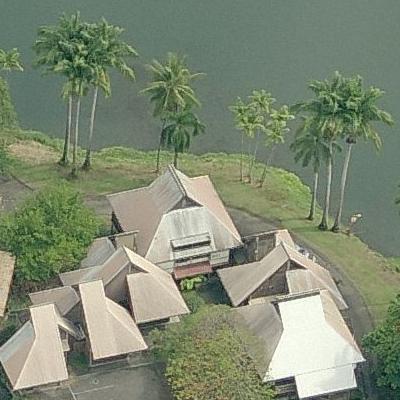 Exodus 25:15
Don’t ever remove the poles from the rings.

Thom: The Good, The Bad, and the Very, Very Ugly.

Thom: The Good, the Bad, and the Very, Very Ugly.

Bill-O the Clown retakes the crown as Worst Person in the World.

Comedian Orlando Jones jokes his way to Worst Person in the World.

Thom: The Patriot Act at 10 years.

Thom: Have Dems not learned their lesson yet?

Publicola has a tip about a robopoll concerning the 2012 election for the seat currently held by Rep. Dave Reichert (R-WA-8):

Two-time Reichert challenger, onetime Microsoft exec, and now lefty leader at ProgressiveCongress.org, Darcy Burner, is looking at getting in.

I hope so. Darcy is smart and energetic.

Oh…and she’s right on the issues.

Reichert? Yeah…not so much.

I’m not saying he’s brain damaged, or anything silly like that. Plainly put, Reichert is a third-tier Congressman who hasn’t show much of anything resembling initiative or influence.

And he is wrong on the issues. Sure, he occasionally casts pro-environment votes…that’s nice. As it turns out, he does so for self-confessed cynical reasons. That he got caught, unforced, fessing-up doesn’t speak well to his intelligence or his understanding of his job.

Washington’s congressional delegation is weakened by having among their members this listless, ineffective, and uncommunicative third-rate congressman. Let’s hope that the voters in Reichert’s 8th (possibly reshaped) district realize in 2012 that they’ve outgrown him.

I mean, they shouldn’t have to wait 20 years for Reichert to figure out how to do his job….

– Sorry, Jon Stewart, but whenever you pick up right wing propaganda, you get it wrong. Community Power Works has so far done good work.

– It takes a walloping amount of willful cluelessness to look at a mass of people holding up signs and claim that they have no message.

– Transit Riders Union survey of Metro bus riders (and how you can help with it).

– the only high-class drink in history that involves Red Bull

Seriously, this has been online for a week:

I agree with Lynne’s side here but what the fuck?

Also, I’m glad they’ve given up the pretense that this is a regular feature “Civil disagreements, with Lynne Varner and Bruce Ramsey of the Seattle Times editorial board, is an occasional feature of the Ed Cetera blog.” More honest, good job.

The governor identified $4 billion in optional cuts, in which she choose $2 billion in preferred cuts. The following proposals are likely to end up in her November budget proposal:

“This is what our choices look like even after we let go of thousands of state workers and cut money to our public schools, our colleges and universities, our prisons, and shredded our safety net for the old, sick, and poor,” Gregoire said.

This is a budget that hurts everyone, but it really hits the most vulnerable of our citizens. Crime and violence will be higher than it should be for all of us. These cuts can be quantified by increases in bankrupcies, untreated morbidity, and dead bodies. The actuaries will tell us just how many bright high school graduates have had a college degree stripped from them—with lifetime consequences and lost dreams.

But this budget does not have to be. The Governor is, undoubtedly, hoping the legislature will grow a pair and work on the revenue end of things:

Gregoire says she will now turn her attention to finding ways to offset some of the cuts with new money. That could include fees, closing tax exemptions or a general tax increase.

We are now living through an era of historically low taxes. It’s well past the time to close many of the tax exemptions that have outlived their usefulness to us, the flesh and blood people of Washington state. And its time to raise bring in more tax revenue.

Seriously…I don’t want to live in a Washington surrounded by decaying infrastructure, high crime, medical bankruptcies, or physical suffering for those who chose pain, even death, over bankruptcy. Let’s confine that Mad Max-like dystopia shit to the movies, huh?

One of the things I most like about the Occupy movement is the fact that things get done. You’re standing around, and suddenly people need to move some supplies and the people around will help. Soup gets handed out(most days, generally). Pizzas get passed around. People from the legal group will work with people willing to get arrested or who are being arrested. In the announcements at the end of the General Assembly, someone will ask for help and usually get it even if there’s some begging. The work groups figure out what needs to be done and then either do it, or take it to the General Assembly. It’s not always a perfect process, and I’m not sure how long it can last after the excitement of the movement dulls. But for now it seems to work.

So when at the end of a recent General Assembly, someone asked for help cleaning the park, I shot my hand up, and was glad to do it. I didn’t mention that I was a blogger, so I’d say everything was off the record, and I won’t get into specifics (and I won’t say it was problem free). But I have to say, I loved sweeping up.

I loved seeing the park clean. I loved people thanking me for helping. I walked home after and noticed how much dirtier the streets were than at and around Westlake. More than going there regularly, more than participating in a General Assembly, more than giving a little money, this really felt like taking ownership of a part of Occupy Seattle. It’s certainly not as much as the people who stay at the park or who work more than me, but it was really a great feeling, especially as someone who has generally stayed more at arms length as a blogger than I might otherwise.

And so I’d encourage people, if you can, to put in an hour doing something. Go to General Assembly and wait for the announcements; someone will find something for you to do. Ask the people handing out food if they need help. Find a work group that you’d be interested in. Of course the more the better, but don’t be afraid to spend just a bit of time.

– Not sure I care much one way or the other what Meghan McCain thinks of the Occupy movement.

– The city budget is going to have more pain, I’m afraid.

– Finally an explanation of Lord Monckton.

UDPATE: Some aerial footage of the tear gas being shot into the crowd.

This started off as a comment over at Howie’s place, but I’ve reworked it for here.

Maybe it was reading this after a more successful General Assembly. Maybe the fact that I’ve never been to a GA where it rained. Maybe, I’m just an optimistic person. But I don’t think the General Assembly is “Robert’s Rules if Robert had, say, just ingested a pound of ecstasy.”

First off, I’ve been to plenty of Democratic Party and local government things with Robert’s rules of order or modified versions of them and occasionally, they just don’t flow smoothly. People will work very hard to get 50%+1 or 2/3+1, and then there will often be a large group with hurt feelings on the losing side. So, there is an advantage with letting everyone be heard and with trying to find consensus. It’s trying to do something that Robert’s rules don’t do, and it’s so far been fairly successful in a way that the GA probably wouldn’t have been if, for some reason, they’d adopted Robert’s.

Another upside is that it makes the proposals better. The proposal that passed on Monday night was more clear than the one Dominic saw lose earlier. It answered (some) concerns, and it was more forward looking.

The down side is that it took several days and a lot of time to make a decision. Hearing from everyone can be tough. It can be taxing on the vocal chords with the People’s Mic, and as Winter comes, it’ll be more rainy and colder than before, and time at the GA, no matter where it is, will be more valuable. So, while it isn’t a process I endorse for everything, I think it has been good for Occupy Seattle.

Please join us for an evening of politics under the influence at the Seattle Chapter of Drinking liberally.

Can’t make it into Seattle? The Tri-Cities chapter of Drinking liberally meets every Tuesday night as well. The Bellingham Chapter also meets tonight. And tomorrow the Burien chapter meets.

With 227 chapters of Living Liberally, chances are good there is one near you.