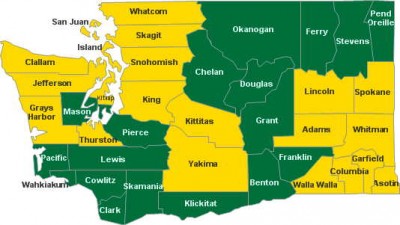 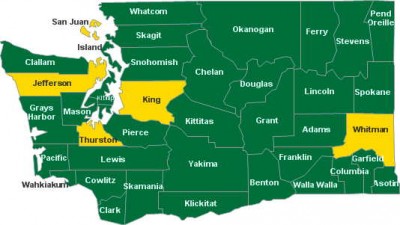 I’m going to spend a lot of time over the next few days talking about trends, and what that predicts for the handful of close races in today’s election, but the maps above clearly illustrate what I believe to be one of the most gratifying trends demonstrated by voters today.

As I wrote earlier today:

One would think this same libertarian streak would bode well for Tim Eyman’s government drowning I-1033, but this is where personal self-interest comes into play. For as much as rural Washingtonians bask in their self-image of rugged independence, their limited tax base leaves them more dependent on state tax dollars than more populous regions of the state, and thus their communities would be disproportionately impacted by the inevitable cuts in state spending I-1033 would necessitate over time.

Already struggling to meet basic needs, I-1033 has received little support from local elected officials, even Republicans. And local voters are swayed by their local leaders.

Democrats in general and progressives in particular need to take advantage of the awareness that Eyman helped create in traditionally government-hostile areas of the state, about the central role that government plays in improving our quality of life.