I saw a headline today saying that Republicans had made some gains in the Senate contest. So I decided to update the polls and see what tale they had to tell.

The previous analysis from 12 days ago gave the Democrats a 98.1% probability of taking the Senate with a mean of 51 seats.

Some states, like Colorado, Illinois, and New Hampshire, have moved a bit more into the Democrat column. But Ohio, Pennsylvania and Wisconsin have gone the other way. It is almost a wash. 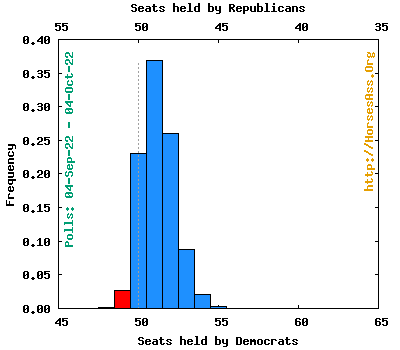 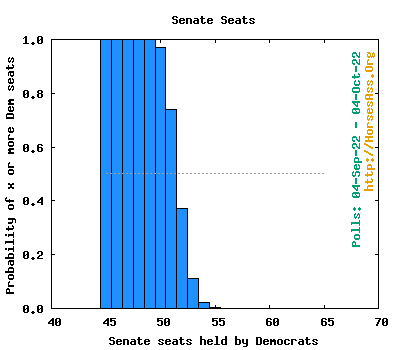 @ Current party in office
& An older poll was used (i.e. no recent polls exist).
*Analysis assume that independent candidates will caucus with the Democrats.