My analysis last Tuesday showed control of the Senate going to the Democrats with a 63.5% probability and 50 seats. I’ve added a bunch of new Senate polls since then, and things look tied up.

Essentially, the Senate is a toss-up. Here are the most important changes since Tuesday.

In the Democrats’ favor, Indiana has gained some clarity from a couple of new polls that favor Democrat Evan Bayh over Republican Todd Young. Bayh’s chances have gone from 56% to 89%. 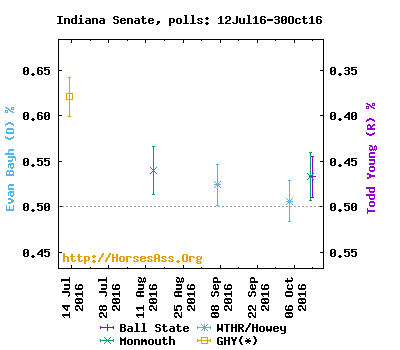 Three new polls in Missouri move the race in favor of Republican Sen. Roy Blunt over Democrat Jason Kander. Blunt has gone from a a 35% chance last Tuesday to a 78% chance of taking the seat today. 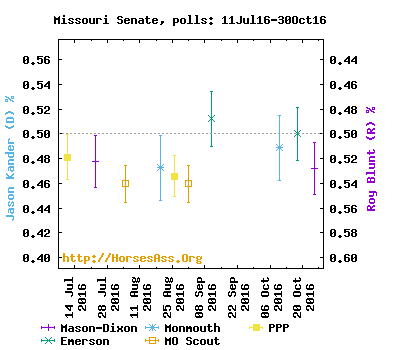 In Nevada, we have a battle between Democrat Catherine Cortez Masto and Republican Joe Heck for Sen. Harry Reid’s (D) old seat. We have seven new polls and a couple of continuing polls since Tuesday, when Heck led in every poll. Today, Heck leads in 5 and Masto leads in 4 polls. Consequently, Heck’s chances have declined from 96% to 54%…pretty much a toss-up. 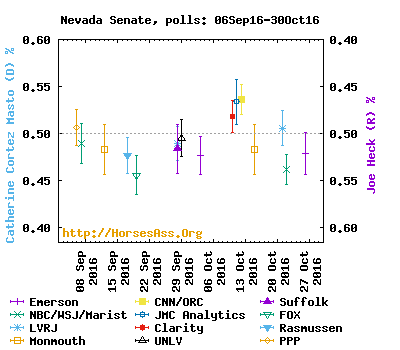 Today, we have eight new North Carolina polls and four carry-overs from last Tuesday, when the polls pretty evenly split between Democrat Deborah Ross and Republican Sen. Richard Burr. But the new polls have almost entirely gone against the Ross, and her chances have declined from 69% on Tuesday to 10% today. 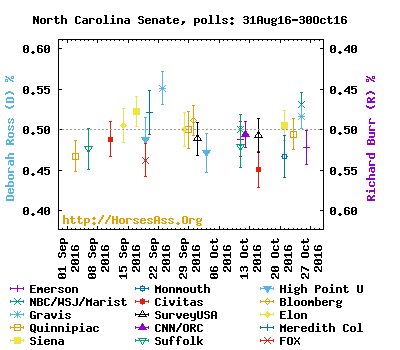 In Pennsylvania, we have five new polls and five carry-over polls. The new polls have been a bit less favorable to Democrat Katie McGinty. Her chances against Republican Sen. Pat Toomey have declined a bit from 69% to 46%–basically the state is a toss-up. 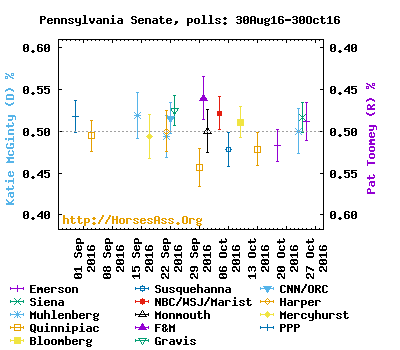 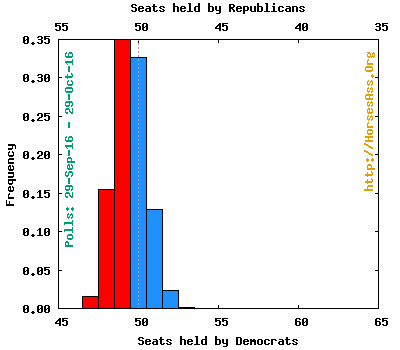 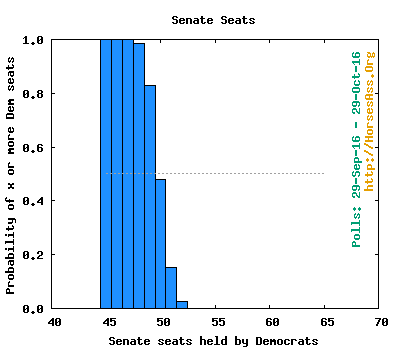