The analysis on Monday showed Sec. Hillary Clinton leading Donald Trump with a greater than 99.9% probability of winning an election held now, and with a mean electoral vote of 338 for Clinton to 200 for Trump.

In other words, even with plenty of new polls, the race has stabalized.

The long term trends in this race can be seen from a series of elections simulated every seven days using polls from 20 Oct 2015 to 20 Oct 2016, and including polls from the preceding 21 days (FAQ). 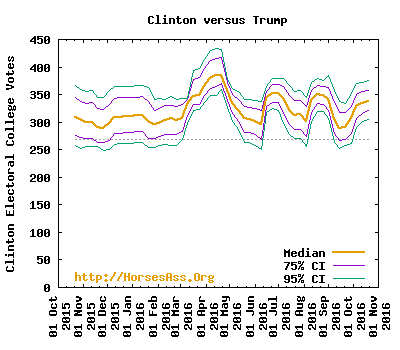 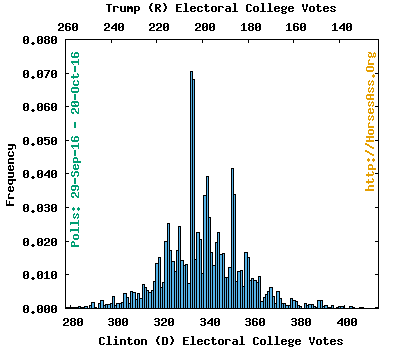