The Democrats would still be unlikely to take the Senate in an election held today. Nevertheless the Republicans have lost ground since the previous analysis. Ten days ago Democrats had an 11.8% chance of taking the Senate. Today their chances are nearly 30%. 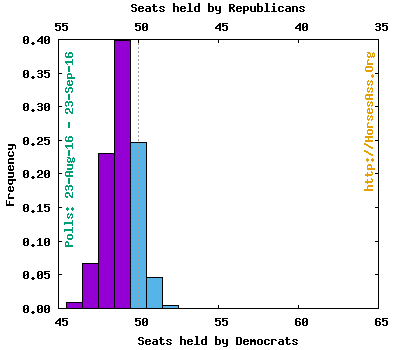 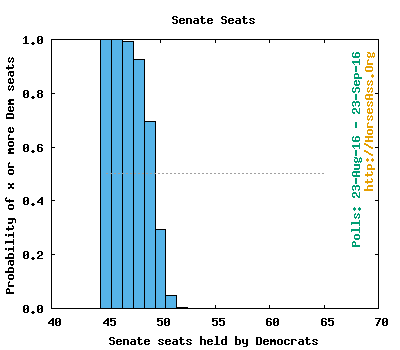