An analysis of state head-to-head polls in Senate races suggests that Republicans would most likely control the Senate if the election was to be held today. Democrats have made small improvements since my previous analysis in July.

The Arizona race has gone in Sen. John McCain’s (R) favor. He was at a 76% chance in July; now he is nearly at 100%. That said, the polling show great variability, so Democrat Ann Kirkpatrick may not be down for the count just yet. 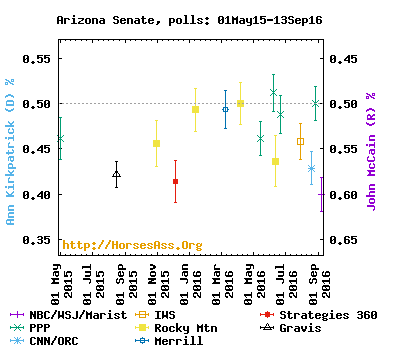 Nothing has changed in Illinois, in the seat held by Republican Mark Kirk. Democrat Tammy Duckworth only has a 38% chance of winning, but the polling is old and (possibly an outlier). Illinois may well be a pick-up, but we don’t have good, recent polling to say so. 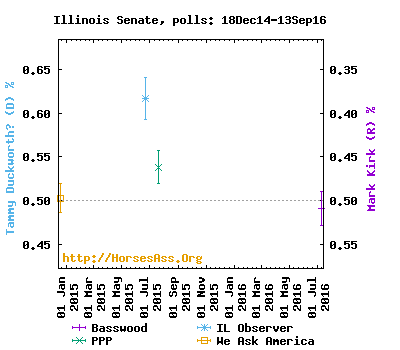 Missouri was nearly a toss-up in July. Now it is solid for Republican Roy Blunt. Democrat Jason Kander only wins 22 the 100,000 simulated elections. 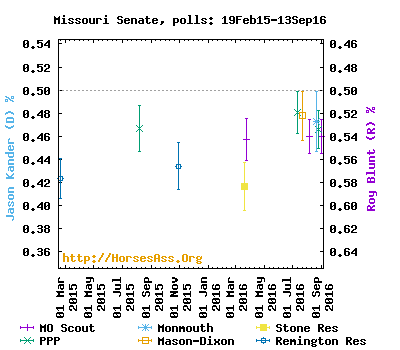 In Nevada, Democrat Catherine Cortez Masto was leading Republican Joe Heck with a 67% probability of winning in July. Alas, the polling since then has favored Heck, and the Republican now has a 91% of winning an election now. Still, most of the polls are extremely close. 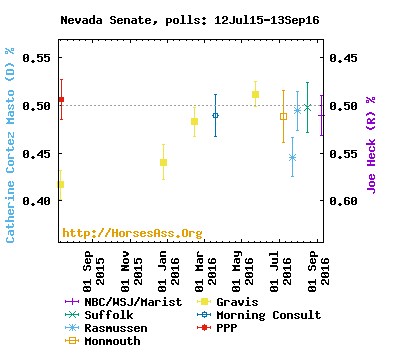 New Hampshire’s incumbent Republican Kelly Ayotte has been in the fight for her life against Democrat Maggie Hassan. In July, the race was tied up. And, the fact is, Hassan leads in most polls. But one strong recent poll gives Ayotte the edge with a 78% probability of winning right now. 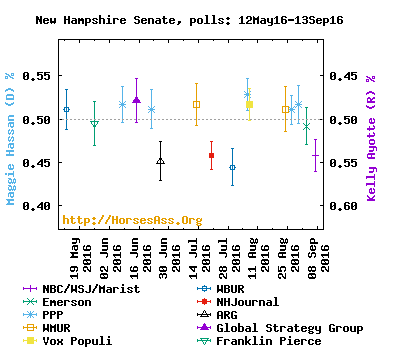 In Ohio, Democrat Ted Strickland has been slowly losing ground to incumbent Sen. Rob Portman (R). The graph says it all: 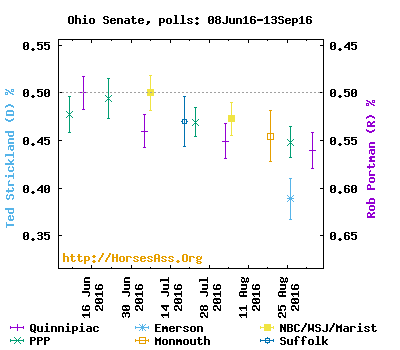 Pennsylvania was red in the previous analysis. But Sen. Pat Toomey (R) has been slipping to Democrat Katie McGinty, and the Democrat now has an 87% chance of winning now. 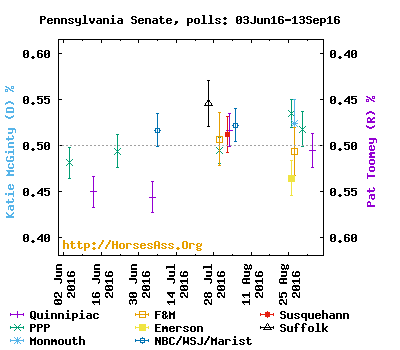 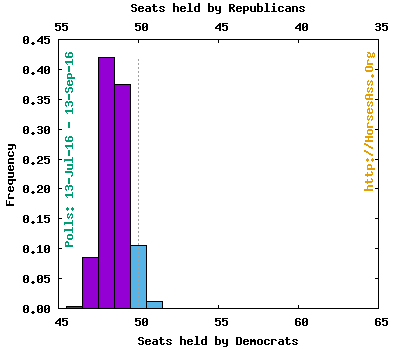 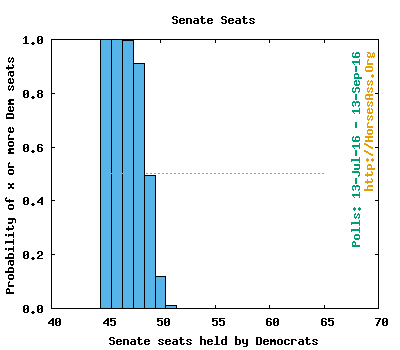