My previous analysis of state head-to-head polls showed President Barack Obama leading Romney with a mean of 323 to 215 electoral votes. Obama had a 99.5% probability of winning; Romney had a 0.5% chance.

Six new polls have been released since then. I’ve also fixed a few minor errors (largely in older polls) thanks to some more help from Sam Minter:

That’s a rather blue collection of new polls.

Both of the current California polls have double-digit leads for Obama.

In Colorado, Obama squeaks out +4% over Romney, whereas the previous poll had them tied. Overall the trend in Colorado polls looks favorable for Obama: 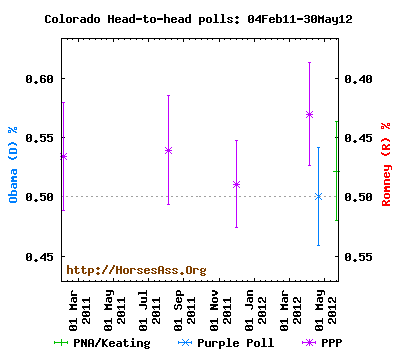 Michigan gives Obama a remarkable +14% lead over Romney. One has to go back eight polls, to November 2011, to find a poll in which Romney is leading. Obama has managed to turn Michigan around, from toss-up to solid Obama, over the past six months: 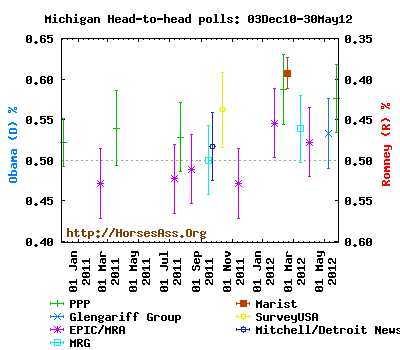 In Missouri, Obama has a meager +1% lead over Romney. Up to now, Missouri has given a small edge to Romney over Obama. My hunch is that further polling would put the state back into Romney territory. Here are the polls to date: 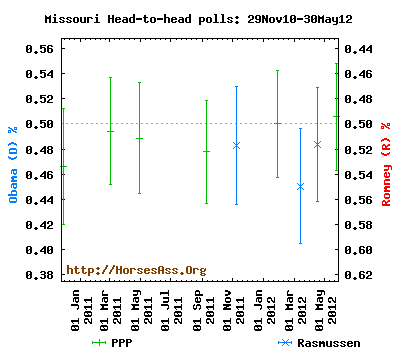 We have six current polls in Wisconsin. And all but one goes to Obama. With today’s poll, the trend cannot be considered good news for Romney: 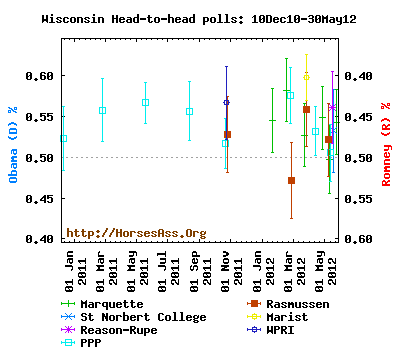 Now, after 100,000 simulated elections, Obama wins 99,941 times and Romney wins 59 times (including the 13 ties). Obama gains three electoral votes for an average of 326 to Romney’s 212. If the election was held now, Obama would have a 99.9% probability of beating Romney, based on the polling data. 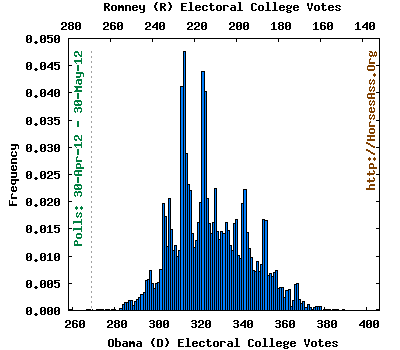