UPDATE: An analysis using newer polls can be found here.

The Monte Carlo analysis gives Obama an average of 416 electoral votes to Gingrich’s 122. Obama won all 100,000 of the simulated elections, suggesting he would certainly win an election held now.

Now you can see why the Republican Establishment cannot let Newt get the nomination. He loses badly against Obama. 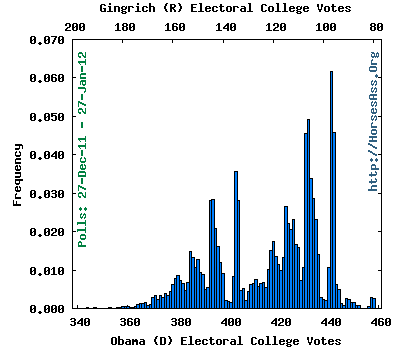