It’s been about a week and we finally have a handful of state head-to-head polls to look at:

In New Jersey, Obama’s +10% over Romney isn’t a big surprise.

The previous analysis showed President Barack Obama leading Romney by 294 to 244 electoral votes, and with a 78.5% probability of winning an election held now. 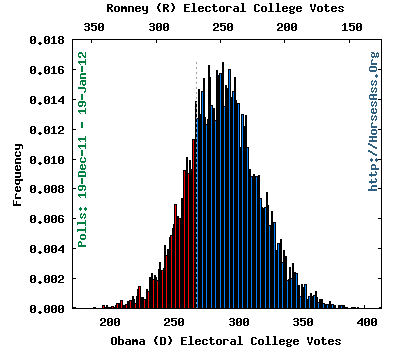