Update: An analysis with more recent polls can be found here.

Since the previous analysis, we have some new state head-to-head polls to throw into the analysis. One of them changes a state from red to blue.

Today’s Montana poll isn’t really new…just new to me. It puts Mitt Romney up by +17% over President Barack Obama. A newly released New York poll has Obama up by +32% over Romney.

The interesting poll comes from New Hampshire. Romney has led Obama in New Hampshire in at least 11 prior polls. The new Granite State poll shows Obama leading Romney by +10%—quite a turn-around! 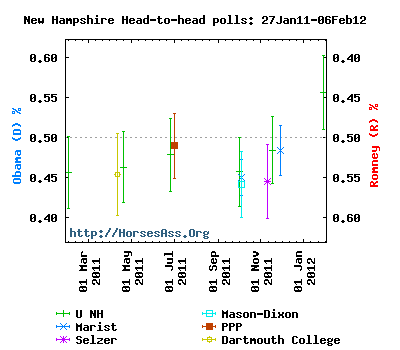 The result is surprising, and I’ll remain a little skeptical until it is verified by a similar finding. (Speaking of surprising results, I am expecting a new South Carolina poll to be released sometime this week….)

With the new polls weighing in, Obama has gained very slightly. From 100,000 simulated elections, Obama gains +0.2% in his probability of winning (in an election held now) for a 99.6% overall probability. He gains, on average, +3 electoral votes for a total of 335 to Romney’s 203. 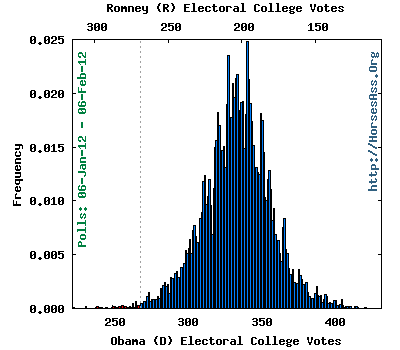