The Monte Carlo analysis of state head-to-head polls last week showed Democratic Sen. Hillary Clinton leading Republican Donald Trump in electoral votes by an average of 325 to 213, and with Clinton having a 99.7% probability of winning an election held then.

Since then, 24 new polls have been released in 13 states. Some states have multiple polls, for example, Florida with five and New Hampshire with three.

Now, after 100,000 simulated elections, Clinton wins 99,999 times and Trump wins the single Electoral College outcome that was a tie. Clinton received (on average) 337 to Trump’s 201 electoral votes. The results suggest that, in an election held now, Clinton would have a near 100.0% probability of winning.

Here is how the race has evolved in some key states. 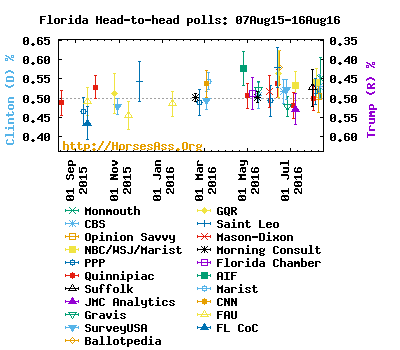 Georgia flips from light blue to light red. Of the seven current polls, Clinton leads in only two of polls. Last week Clinton only had a 68.6% probability of taking the state. That has now shrunk to a 24.2% probability. 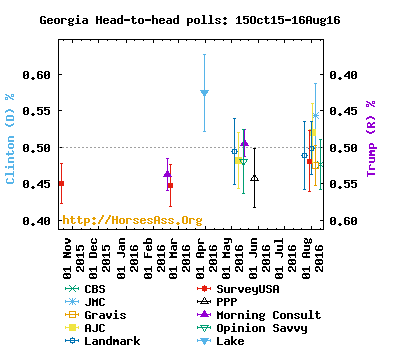 Maine gets one new poll that shows Clinton up by +10% and with 100% probability of taking the state. Unfortunately, the new poll does not provide congressional district results. The last poll that did that was from June, and showed Trump with a slight lead in one district. It would be great to get some polling in ME CDs. 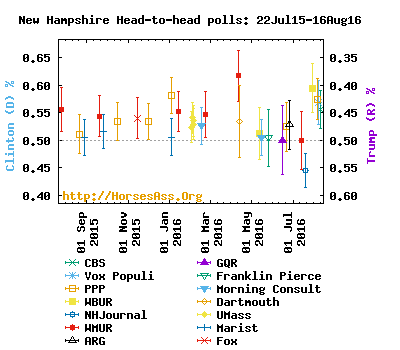 One new North Carolina poll pushes Clinton from a 50.1% probability of taking the state to a 90.8% probability. She leads in the most recent two of the three current polls. 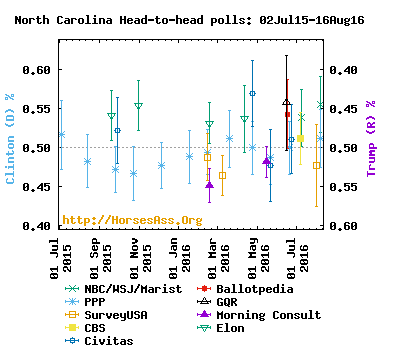 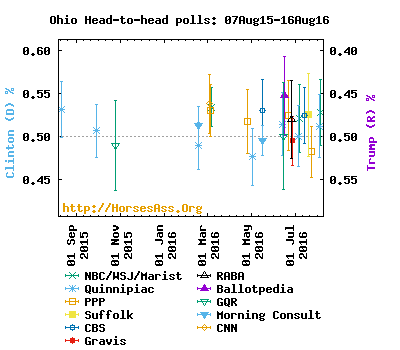 South Carolina finally gets a current poll, but Trump is only up by +2% in the new poll. This small lead gives him a 72.6% probability of winning the state today. 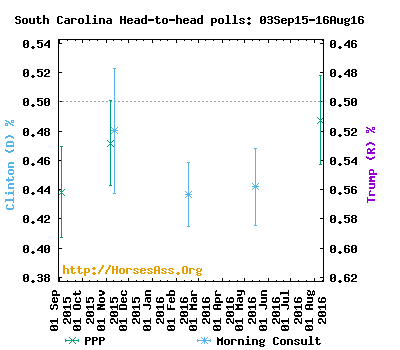 In Virginia, two new polls come in and one old one ages out. Clinton leads in the most recent three polls by double digits with Trump leading (+4%) in the oldest poll. Clinton would almost certainly win Virginia in an election now. 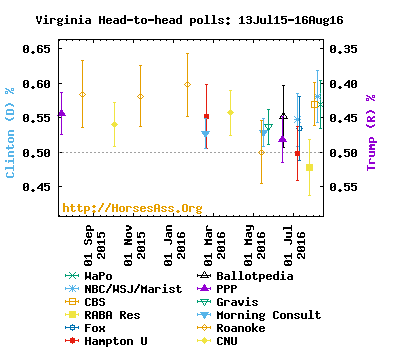 Washington state gets a current poll that gives Clinton a +19% lead. Needless to say, she approaches a 100% probability of winning the state right now.

Last week, the most recent Wisconsin poll was from Marquette University taken in mid-July. Clinton was up +4.1%. Marquette just released their August poll and Clinton now has a +14% lead over Trump. The results suggest she would take Wisconsin with a 99.7% probability today. 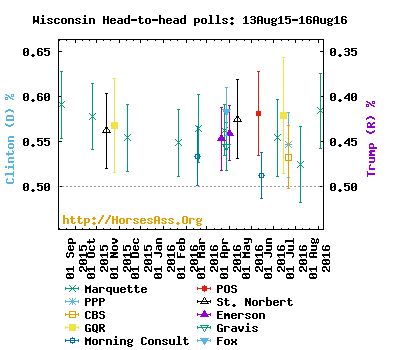 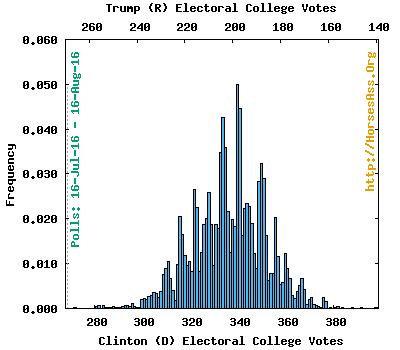