Huh. Four years ago at this time, I was frantically entering the eleven new polls that had come out on election day. Today…not so much. We get only one rather inconsequential poll, although because it is Maine, and the Congressional districts are reported, we get three new polls for the price of one.

As a consequence, this analysis differs little from yesterday’s analysis. 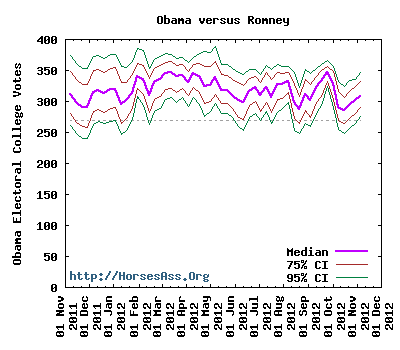 The interesting thing is the very ragged, multimodal distribution of electoral votes seen in the graph below. The single most likely outcome in this race is an Obama victory with 303 electoral votes. There is a 9.2% probability of that happening. 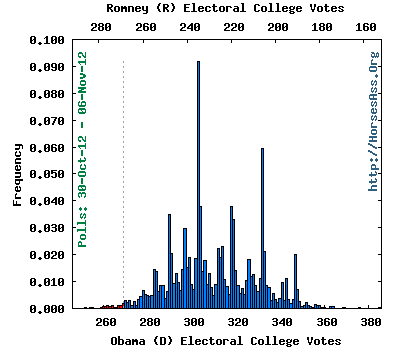