My analysis last Sunday showed control of the Senate to be a toss up at 48% probability for Democrats and 52% for Republicans. The expected outcome was a 49 to 51 split in favor of the Republicans.

Since then, I’ve added something exceeding 50 polls to the mix. As we saw in the Presidential race, the polls since last Sunday have tended to be more favoriable to Republicans.

The Republican candidate has primarily gained in five states.

In Indiana, Democrat Evan Bayh’s once solid lead has vanished. Last Sunday, he had an 88.5% probability of defeating Todd Young (R). Today he would win with a 24.1% probability. The polling picture pretty much tells the story. 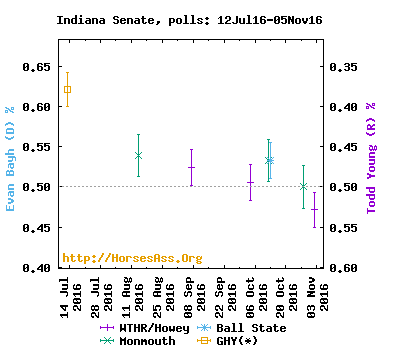 Sen. Roy Blunt (R) has strengthened his lead over Jason Kander (D) in Missouri. Last analysis Blunt was at a 77.8% probability of winning, but five new polls, including two ties and three with Blunt up, puts the probability at 92.8% today. On the other hand, two months ago, there was little evidence that Blunt would lose. 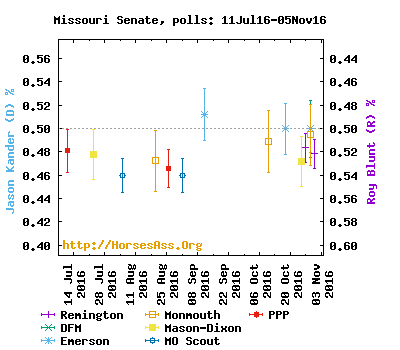 In Nevada, five polls aged out, and these mostly favored Catherine Cortez Mastro (D) over Joe Heck (R). Heck leads in four of the five current polls. Consequently, the Republican has gone from a 54% to a 93% probability of winning today. 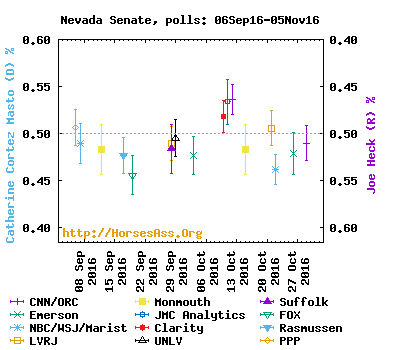 The story is somewhat similar in New Hampshire. Four polls aged out, including one that had Maggie Hassan (D) up by +9 over Sen. Kelly Ayotte (R). The new polling has mostly been more favorable to Ayotte. We now have ten current polls, six that favor Ayotte, two that favor Hassan, and two ties. The net result is that Ayotte has gone from a 67% chance to an 86% chance of winning an election today. 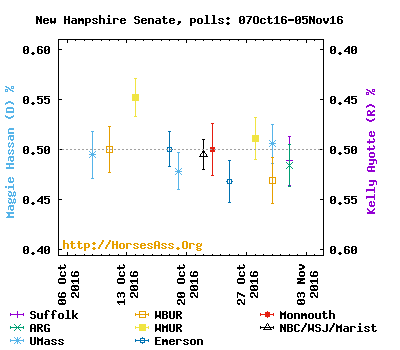 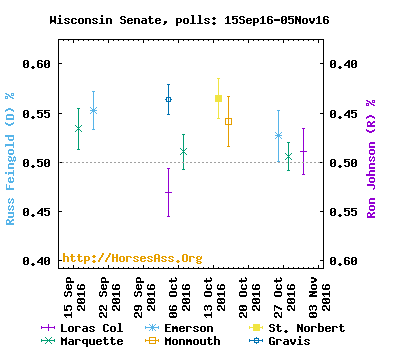 Democrats have made a couple of notable gains.

The North Carolina senate race largely favors Sen. Richard Burr (R) over challenger Deborah Ross (D). But the last couple of days have seen one tie and two polls that favor the Democrat. The result is that Burr has fallen from a 90% probability of winning last Sunday to an 86% chance today. 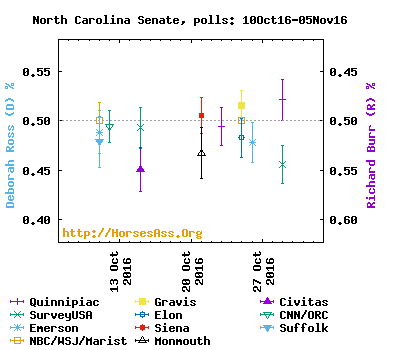 The biggest news for Democrats happens in Pennsylvania, where Sen. Pat Toomey (R) is being challenged by Democrat Katie McGinty. Seven polls aged-out, and these polls were pretty much a toss-up between the two candidates. Eight new polls have been added that largely favor McGinty. With the four carry-over polls, we now have two current polls that favor Toomey, eight that favor McGinty, and two ties. As a result, Pennsylvania has flipped from red to blue. McGinty was at a 45.8% probability of winning last Sunday, and she would win a race today with a 99.7% probability. 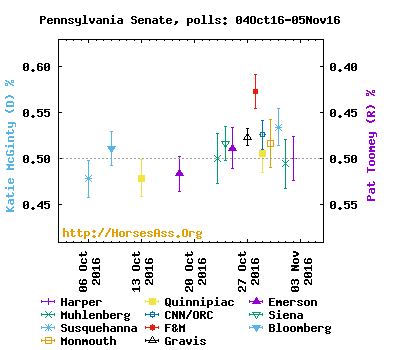 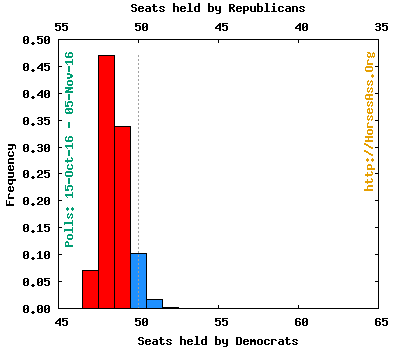 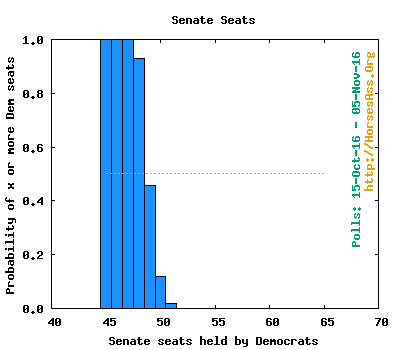