Since my previous analysis, nearly 50 new state head-to-head polls have been released in the match-up between Sec. Hillary Clinton and Donald Trump. (Actually, many more state head-to-head polls have been released, but they are based on internet samples, so they don’t qualify by the rules for poll inclusion.) The polls were all taken before and just up to the first debate on Monday night. Subsequent analysis will reveal what effect, if any, the first debate may have had on the race.

In Colorado, four new polls have been added that give a tiny bump to Trump. He went from a 48.8% chance last week to a 51.4% chance now. The state is, essentially, tied. The polling history, suggests a real change in Trump’s favor over the past three months. 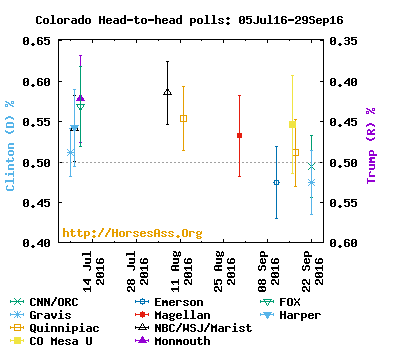 New polls in Maine confirm what we already knew. Clinton would likely win now, but CD-1 would go to Clinton and CD-2 would go to Trump.

A new poll in Minnesota brings some certainty to that state. Clinton went from an 88% probability of taking the state last week to 95% this week.

We finally have our first polling for Nebraska’s congressional districts. NE-1 and 3 are solidly Trump. NE-2, which went for Obama in 2008, doesn’t look like it will split off from the rest of the state this election, with an 84% probability of going to Trump right now.

This week we gain three new North Carolina polls and lose two older ones. The three new polls favor Clinton, so the state has gone from 68.7% probability for Trump last week to a 52.2% chance for Clinton this week. North Carolina is tied. 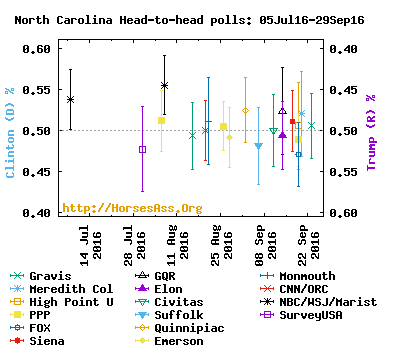 Washington finally gets a new poll, and it is surprisingly close. The evidence suggests Clinton would only take the state now with an 87.7% probability. Even so, Trump has yet to win a Washington state poll. 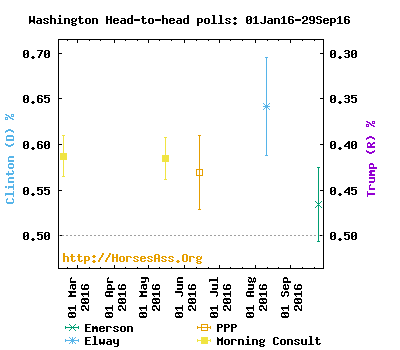 Finally, Wisconsin loses two old polls and gains a new one. The race looks surprisingly close with Clinton dropping from an 98.4% to a 90.8% chance of taking the state. As with Washington, Trump has yet to win a Wisconsin poll. The race does seem to tighten up in recent weeks. 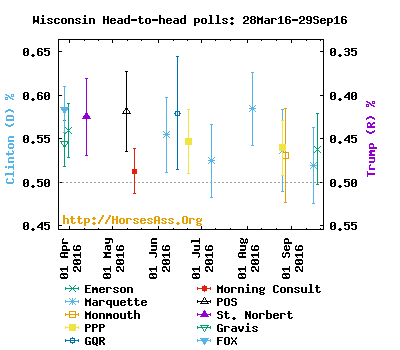 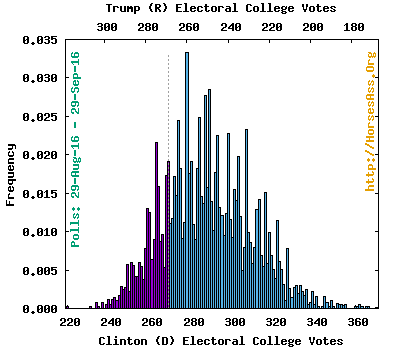