Since the previous analysis, ten new polls have been released. Additionally, I fixed the Vermont poll that had Sec. Hillary Clinton’s and Donald Trump’s numbers reversed. As it happens a more current poll for Vermont was released.

Only a couple of the new polls were still in the field this week, but many of them were in the field last week, so lets call this the Post-RNC, Pre-DNC benchmark.

Little has changed from the previous analysis. The most noticeable is Florida, which has decreased from a 56% chance for Clinton to a 37% chance. This reflects two older polls “aging out” and one new poll added. Trump leads in two of the three current polls. Here is the polling history, which makes Trump’s lead seem plausible: 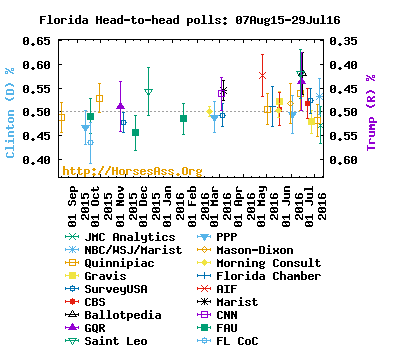 The other noticeable change is New Hampshire’s shift from blue to red. An older ARG poll “aged out” and a new NH Journal poll has been added. The NH Journal poll has a surprisingly large +9.4% for Trump. The state has been close, but perhaps something about Trump has strongly resonated with NH voters. The polling history suggests this new poll is an outlier–Trump has not led in any of the previous 26 polls in NH, and suddenly he is up by nearly double digits. 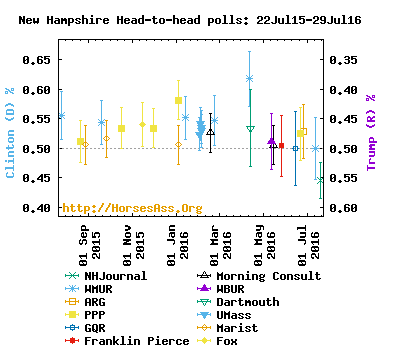 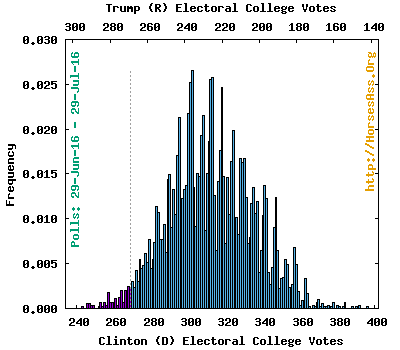