The previous analysis, last Saturday, saw former VP Joe Biden winning all 100,000 simulated elections earning, on average, 364 electoral votes and a mean of 174 for President Donald Trump. Today, some 75 polls later, Biden still maintains the lead, wins them all, but now with 362 to 176 votes, on average.

This race is a bit of a snoozer compared to 2016, when Hillary Clinton’s lead dropped precipitously during the last 10 days of the election: 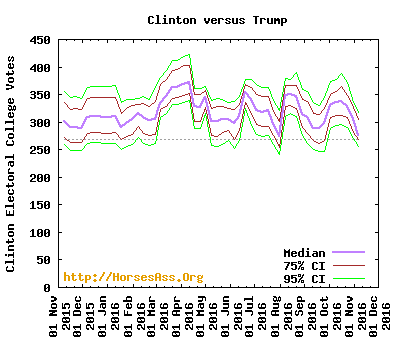 Here is what it looks like for Biden with less than a week to go to the election (FAQ): 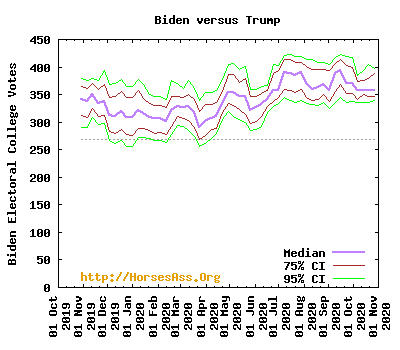 Clearly, if the election was held today, Biden would have a greater than 99.9% probability of winning. 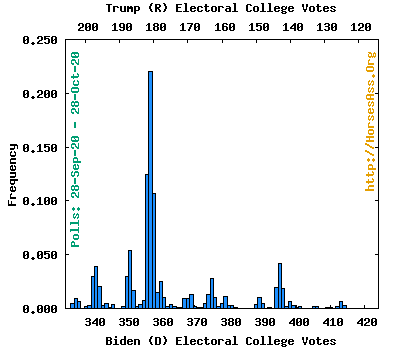 The smallest electoral college vote going to Biden was 333, but the probability of anything under 340 votes is only 2.6%. Biden would have a 2% chance of receiving over 400 electoral votes.