It has been mid-May since I published one of these analyses. back then, Biden led Trump in the electoral college with a mean of 348 to 190 votes. 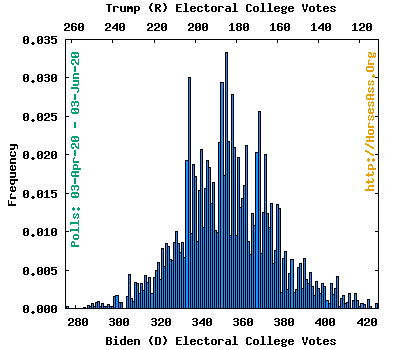