– Yay for Bill Clinton saying states should decide for themselves if they’re going to legalize marijuana and all. Still, he was president, and he didn’t really move in that direction. Obviously states have forced the issue since he left office, but he was president.

– Instead, the racial battlegrounds of the Obama era have settled on a series of more ambiguous controversies. Conservatives have made endless jokes based on the strange premise that Obama is unable to express coherent thoughts unless reading from a teleprompter, defined health-care reform as “reparations,” imagined a Reagan-era program to subsidize telephone use for the indigent is actually “Obamaphones,” or complained when black entertainers or athletes socialize with the First Family. The accusations of racism that follow merely confirm to conservatives that black-on-white racism is a canard, that the balance of oppression has turned against them.

– I’m not sure how assholes decided that happy holidays was the worst thing imaginable. It seems nice to me.

– White, wealthy people who are members of the dominant religion are not “the real victims” of anything. They’re actually not even in a position to know what experiencing structural oppression feels like. So why do they still have an audience every time they want to complain that, notwithstanding everything, they’re still not privileged enough?

– I never get invited on the panel of important seeming people

A few months ago when I wrote about Linda Thomas using driving as a hook that, I felt was unnecessary, the first comment noted that as a radio commentator, her audience is disproportionately people driving. It’s a good point, and partly that explains the tone of this piece on My Northwest.

Cycle tracks are full traffic lanes that are set aside from vehicle traffic and protected from cars by barriers.

“There might be a lane of parked cars that separate the travel lane and the bicycle facility,” Chang said. “It could be curbing, or it could be striping with some posts.”

Seattle has three of these protected bike lanes right now. Drivers and parkers had trouble with one on Broadway in the Capitol Hill neighborhood, because parking was pushed away from the curb into an old traffic lane. Those parked cars now protect the bike riders.

The money to pay for these extra bicycle amenities comes from your property taxes.

Still, what I think the piece is missing is that not providing bicycle infrastructure doesn’t mean there’s more parking or more room on the road. It would mean that more people would drive to everywhere. And when they do, they’ll take up room with their cars. If you can get several people out of their cars onto bikes, you won’t have to compete with them for parking space, and you won’t have them in the lanes of traffic that you’re trying to merge into. And as someone who bikes and drives, I’m just going to say that drivers are worse stewards of the roads than bicyclists; Seriously, I don’t think I’ve ever seen anyone text and bike.

US Representative Duncan Hunter (R-CA) apparently has no moral qualms about advocating the mass murder of millions of children in the name of US national security:

“I think if you have to hit Iran, you don’t put boots on the ground. You do it with tactical nuclear devices, and you set them back a decade or two or three,” Hunter said in an interview with C-SPAN. “I think that’s the way to do it — with a massive aerial bombardment campaign.”

Iran has a population of over 75 million human beings, about 24 percent of whom are under the age of 15. You know, innocent children—millions of whom would be instantly incinerated or die slower irradiated deaths should Representative Hunter’s preemptive foreign policy win the day. Or, maybe we should just preemptively try and execute Hunter as the war criminal he aspires to be? Wouldn’t that make the world a safer place for everybody?

I don’t really have very many feels one way or the other about college football. But Andrew at NPI has a nice piece on Steve Sarkisian going to USC.

Steve Sarkisian, who was hired to turn around a winless University of Washington football program five years ago, acknowledged earlier today that he has accepted the head coaching position at the University of Southern California, which is one of the most elite schools in the country and a traditional powerhouse in the Pacific 12 Conference (formerly the Pac-10). Sarkisian was an assistant coach for seven years at USC prior to being hired by UW, so his desire to return his understandable.

But the timing and circumstances of his departure are not becoming of a man who claimed for half a decade to bleed purple and gold.

It’s tough, perhaps, for a city and a state to put much civic pride in an institution with a mercenary at the top. Perhaps that why we cling the game with a spirit of amateurism in the rest of the game.

Please join us this evening for a round of political prognostication over a pint at the Seattle Chapter of Drinking Liberally.

We meet tonight and every Tuesday evening at the Montlake Ale House, 2307 24th Avenue E. Our normal starting time is 8:00pm.

Can’t make it tonight? Check out another Washington state DL over the next week.

The Tri-Cities chapter also meets tonight, and every Tuesday night. The Lakewood chapter meets this Wednesday. For Thursday, the Spokane and Tacoma chapters meet. And on Friday, the Enumclaw chapter meets.

With 212 chapters of Living Liberally, including eighteen in Washington state, four in Oregon, and three more in Idaho, chances are excellent there’s a chapter meeting near you.

– Where fighting this might have at least resulted in an awareness of what was happening, years of Democrats chasing votes that were never going to come their way resulted in zealots quietly passing laws at the state level making abortion more and more difficult to obtain. I guess that’s what the anti-choice minority in the Democratic Party calls “winning.” They must be so pleased.

– I don’t mind Amazon’s drone program as much as some people, but there is something disquieting about it.

– It is pretty amazing that a smear against Obama can be dumb enough for the GOP to drop.

– This story of recovering a stolen bike off a rack is the greatest thing I’ve ever read.

– No, you decided to buy Mirah Playing Cards even though you still have most of your Christmas shopping ahead of you.

While the district that Sawant lives in and would most likely run in is the most obvious to look at, that race might be a decent proxy for the other races on the ballot. For while it wasn’t the highest profile race, it was one with a fairly high profile and a real ideological divide. The mayor’s race was, of course, the highest profile, but it was at least as much about personality as it was about issues. O’Brien-Shen was probably more of an ideological divide for a council seat, but it turned out to be a bit less high profile after Shen not doing well in the primary. It was also so far apart, it probably doesn’t tell us much except don’t run a pro-bidness campaign anywhere in Seattle.

So there’s the Sawant-Conlin race. It pitted the only member to vote against paid sick leave/paid safe leave against the biggest proponent of a $15 minimum wage on the ballot. And of course one side pushed the socialism label pretty hard while the other didn’t. I’d think that someone running in a district where Sawant won might have a bit more leverage to push social and economic justice issues, and someone running in a district where Conlin won would have to be a bit more traditional lefty.

Or maybe I’m reading too much into one race with two unique people.

END_OF_DOCUMENT_TOKEN_TO_BE_REPLACED

– Mark Deiscoll is the worst and he steals from the worst.

– Jameis Winston, and the Overlapping of Football Culture and Rape Culture

– This is maybe the least thought out heist of all time (Seattle Times link).

– Are you ready for some traffic between Monday Night Football and maybe some snow?

This week’s contest is a random location somewhere on earth, good luck! 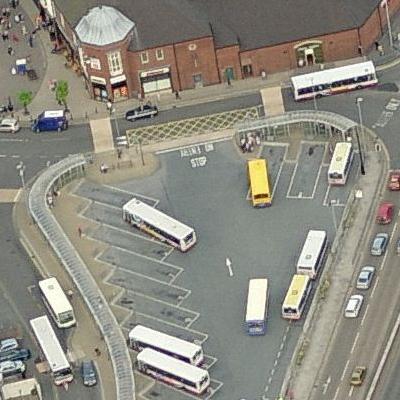 1 Kings 1:1-4
King David was now an old man, and he always felt cold, even under a lot of blankets. His officials said, “Your Majesty, we will look for a young woman to take care of you. She can lie down beside you and keep you warm.” They looked everywhere in Israel until they found a very beautiful young woman named Abishag, who lived in the town of Shunem. They brought her to David, and she took care of him.