Tim Pawlenty isn’t starting off on a very good note, either. This is the announcement in his home town newspaper: 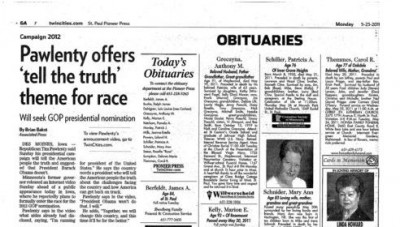