The sequestration cuts to the FAA are forcing the agency to close 150 control towers at low-volume airports (including 5 in Washington state). As a consequence, some Republicans are discovering their inner socialist.

What really bothers Rep. Ross is that Flordia’s Lakeland Linder Regional Airport will lose its control tower. The airport is a relatively low-volume airport, except for one week each summer, during the annual Sun ‘n Fun aviation convention, in which it becomes one of the busiest airports in the world. To put the traffic volume in context, Lakeland Linder has an average of 208 aircraft operations/day making it is slightly less busy than the Tacoma Narrows Airport ( 216/day) and the Renton Municipal Airport (221/day, where the 737 is manufactured). 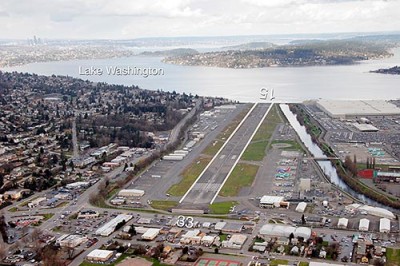 The state’s largest convention, SUN ‘n FUN, which is held in April at Lakeland Linder Airport, not only provides incredible economic value to Lakeland, but it serves our children by investing $1.4 million dollars annually in education. It is unacceptable to close this important control tower. Sun N Fun will now have to pay the FAA $284,000 in order to keep this control tower functioning during the convention. This is more money that they must raise that will not go to help our children who are struggling in school.

Really? He wants to keep the control tower so that my tax dollars and your tax dollars will subsidizing the local school systems in Florida’s 15th Congressional District?

deeply troubled by the proposed actions of the FAA regarding smaller airports, like the one in Victoria, Texas, as they have long played a vital role in local economies across the country.

No doubt the airport does play an important role in the economy, but why should my tax dollars be subsidizing the economy of the Texas 27th Congressional District?!?

You’d have to be a FUCKING SOCIALIST to want that kind of Big Government solution to a regional problem!

I am deeply disappointed with the FAA’s decision to close the air traffic control towers at the Anoka County-Blaine Airport and St. Cloud Regional Airport. Throughout this decision-making process, I have been in touch with FAA and DOT officials urging them to focus first on eliminating waste and trimming non-essential items in the FAA’s budget before they even consider shutting down essential safety operations.

Wait. WE have to pay for safety in Minnesota’s 6th Congressional District? Can’t the regional or local government do that even better?

Yeah…the Anoka County-Blaine Airport is goddamn busy with an average of 536 operations/day, but It isn’t the Anoka FEDERAL airport. What part of “COUNTY” doesn’t Michele understand?

And St. Cloud Regional Airport?!? Give me a fucking break. At 87 operations/day it hardly warrants a paved runway (and federally subsidized, no doubt), let alone a labor-intensive control tower. St. Cloud is nothing compared to Yakima’s McAllister Field (126/day) and Spokane’s Felts Field Airport (156/day). 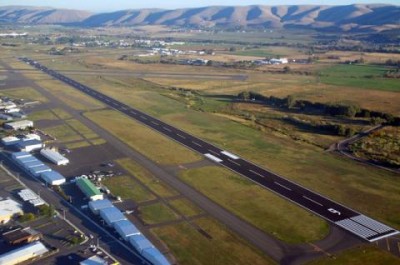 I have to ask…where in the Constitution does it put the federal government in charge of county safety? Clearly you can only justify this by abusing The Commerce Clause.

You know, I think the major newspapers of the country need to investigate these members of Congress to find out if they are pro-America or FUCKING SOCIALISTS!