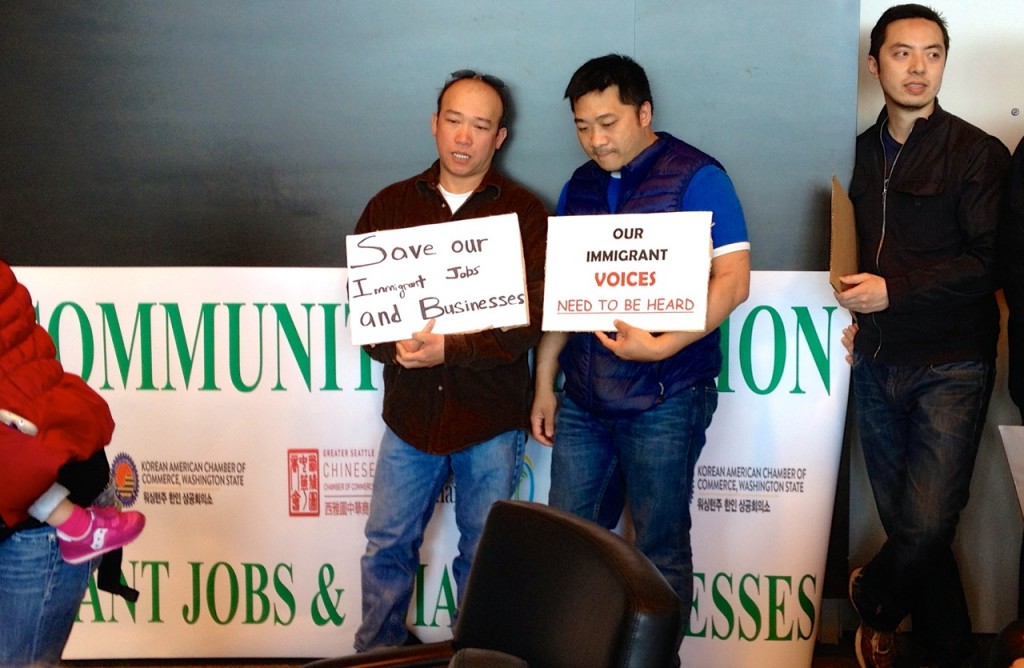 Seattle City Council members are being lobbied hard by a group of immigrant and minority small business owners—mostly Asian—fighting to weaken the city’s proposed $15 minimum wage ordinance. So I just thought I’d take a moment to drill down to the core of their argument and remind council members that there is nothing particularly noble nor rational about defending the rights of immigrant business owners to pay poverty wages to immigrant workers.

And that’s basically what these immigrant business owners are demanding.

I suppose somewhere in the ID there might be a white suburban teenager busing tables or washing dishes or stocking shelves, but we all know that’s not the workforce we’re talking about here. Whereas minimum wage workers in general are disproportionately people of color, minimum wage workers at immigrant owned small businesses are almost entirely so. Thus any concession we make to immigrant business owners largely comes at the expense of their immigrant workers.

Yes, I know, this is a nation that was largely built on the backs of cheap immigrant (and slave) labor. And many of these immigrant business owners worked crappy, poverty-wage jobs themselves when they first came to this country. They were exploited when they first arrived, and now it’s their turn to do the exploiting. It’s the American way. Hooray!

But that doesn’t make it right.

Besides, the same economic arguments that apply to other businesses apply to immigrant owned ones as well. The personal stories of the owners may be more compelling than that of the guys my ex-colleagues at The Stranger have pimped for, but the economics are no different. Some immigrant owned businesses might struggle to pay their workers $15 an hour. Some might lay off workers. Some might move out of the city. Some might close up shop. But most will figure out a way to adjust and to thrive. Because that’s the American way too.