I’ve largely neglected local and statewide races this election season. No particular reason, although I haven’t felt that the Republican candidates in the Senate and Gubernatorial races have run particularly strong campaigns.

I guess it isn’t too late though. And today’s Elway poll piqued my interest in the Gubernatorial race. The race matches up Gov. Jay Inslee (D) against challenger Bill Bryant (R).

The probability distribution of electoral vote outcomes pretty much tells the story: 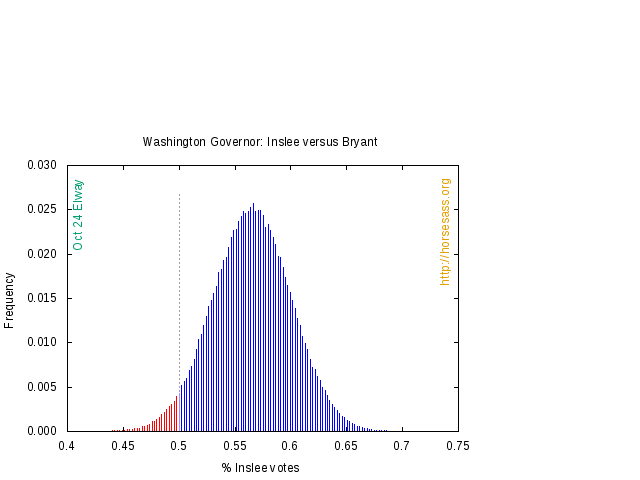 With two weeks to go and ballots already being returned, it seems like Inslee is quite likely to serve a second term.