The previous analysis showed President Barack Obama leading Governor Mitt Romney with a 93.4% to a 6.6% probability of winning an election now. Obama led 294 to 244 electoral votes

Today’s polls through about noon were…

The long term trends in this race can be seen from a series of elections simulated every seven days using polls from 29 Oct 2011 to 29 Oct 2012, and including polls from the preceding ten days (FAQ). 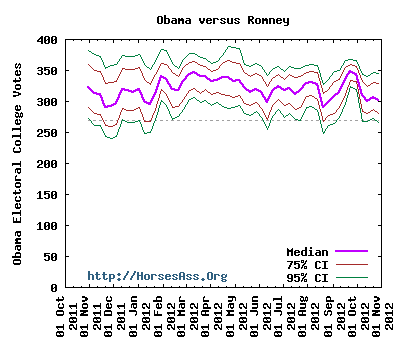 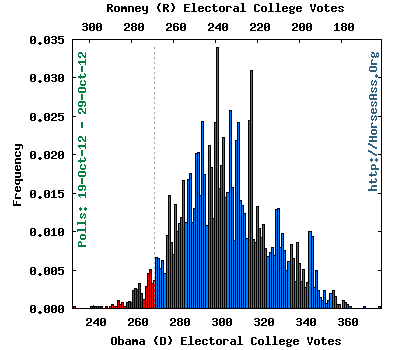