The previous analysis showed President Barack Obama leading Mitt Romney with a mean of 321 to 217 electoral votes, and a 99.4% probability of winning an election held now.

Since then, eighteen new polls covering fourteen states have been released:

Colorado is all tied up in one poll, and has Obama leading by +2% in another. So far, Romney has never led in the state over the nine polls going back to February 2011.

In Florida, Romney leads by +4% and Obama leads by +4% in another. Something similar happened with the previous pair of polls. The state looks like a toss-up: 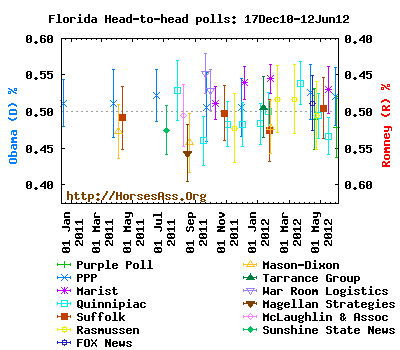 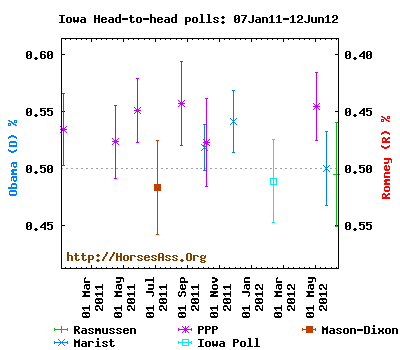 Michigan gives Romney a miniscule +1% (46% to 45%) lead over Obama. This breaks Obama’s streak of leading in the previous seven polls going back to last November.

Missouri gives Romney a +7%, continuing the trend of a small Romney edge for the state: 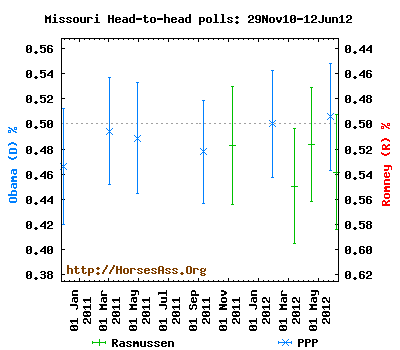 Romney takes the lead (+2%) in the most recent North Carolina poll. In fact, the last month of polling in the state has not been kind to Obama: 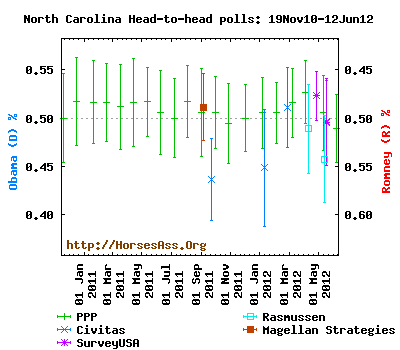 In Ohio, Obama had a winning streak in 10 consecutive polls. And then the last two have gone to Romney. It’s too early to suggest the trend is real, but it may well be! 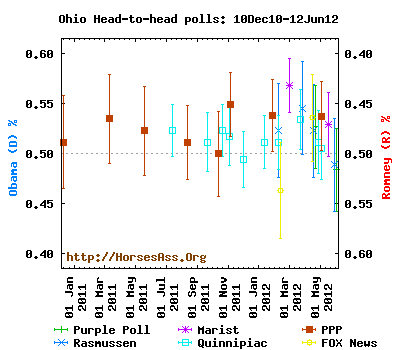 Pennsylvania continues to be surprisingly strong for Obama. He leads Romney by +6% and +12% in the two most recent polls, making his winning streak 12 consecutive polls.

In Virginia, Obama maintains a small advantage, leading Romney by +3% in one poll and +5% in a second: 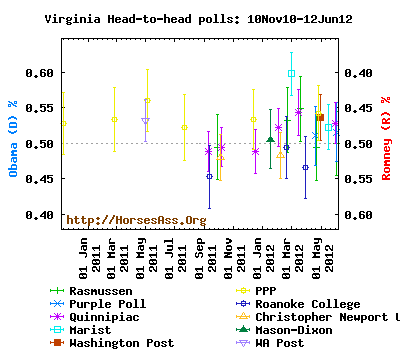 The first post-recall election poll in Wisconsin keeps Obama in the lead by a modest +5%. 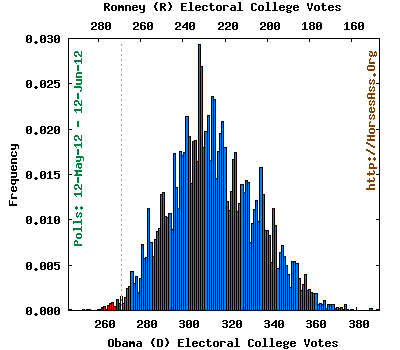