The previous analysis showed President Barack Obama leading Mitt Romney by 334 to 204 electoral votes in an election held now. Obama would be expected to win the hypothetical election with 100% probability.

Since then eight new polls have been released: 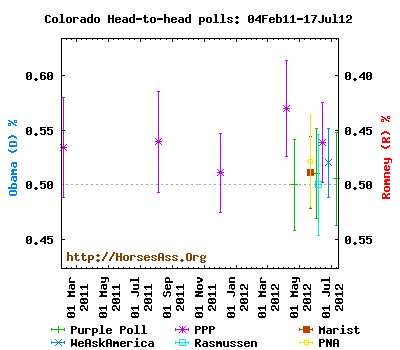 Two Florida polls split. Romney leads Obama by +3% in the Purple Strategies Poll, and Obama leads by +1 in the Mason-Dixon poll. The combined results of the five current polls suggest Obama would win now with a 68.4% probability. But the polling trends don’t favor either candidate. There is simply too much volatility: 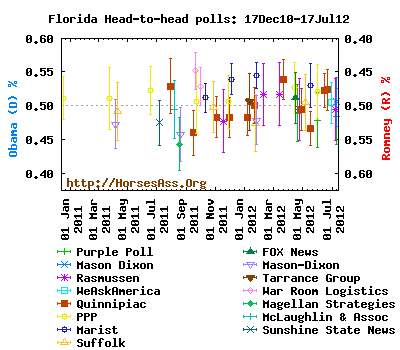 Iowa gives Obama a +5% lead over Romney, and the lead in the past two polls. The trend is no comfort to either candidate. Obama has some good polls, they are almost all from one pollster (PPP): 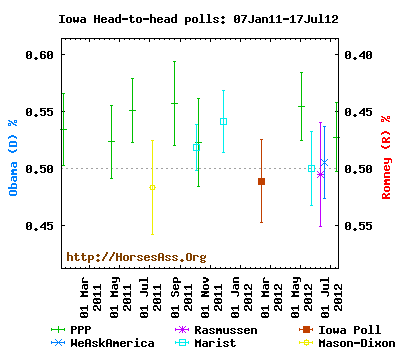 Why do pollsters even bother with polling New York where Obama has a double-digit +27% lead over Romney? I guess it’s a near-free-bee while polling other state races. (Still…I’d rather see a new poll in, say, South Carolina.)

Ohio puts Obama over Romney by a tight +3%. That makes three in a row for Obama, going back to early June. The overall trend looks pretty favorable for Obama: 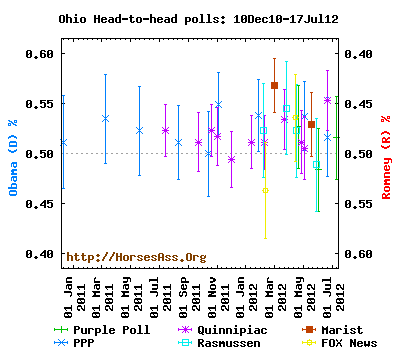 Virginia has Obama up by +2% over Romney, and taking both July polls. On balance, the polling looks slightly better for Obama: 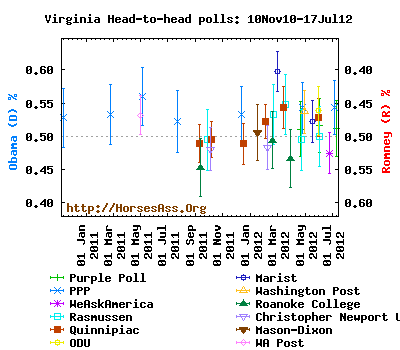 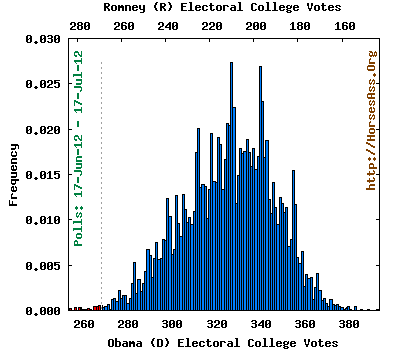