The previous analysis showed President Barack Obama leading Mitt Romney by 326 electoral votes to 212, and with a 99.9% probability of winning in an election held then.

Since then, twelve new state head-to-head polls have been released:

The new Florida poll puts Obama over Romney by a +4%. Even so, the aggregate of the four current Florida polls gives Romney a tiny edge (49.7% Obama to 50.3% Romney).

Ohio offers Romney a +2% edge over Obama, the first lead Romney has held since February: 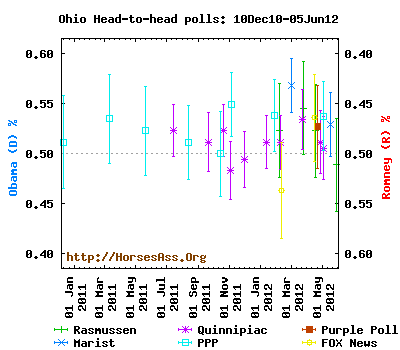 The Southwest smiles upon Obama with New Mexico giving him a +13% lead, Colorado giving Obama a +2% edge, and Nevada going +2% for Obama. Do you doubt that Nevada belongs in Obama’s column? Take a look at this: 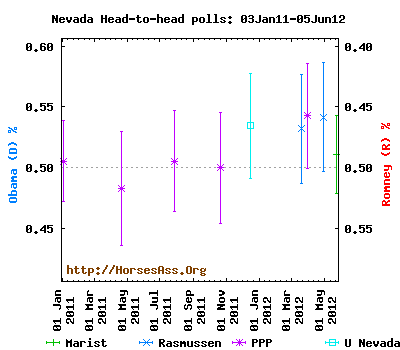 That’s quite a streak for Obama!

Finally, we find ties in both Iowa and Virginia: 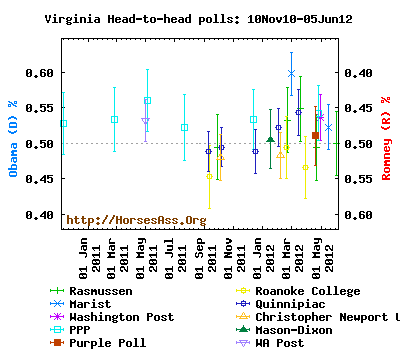 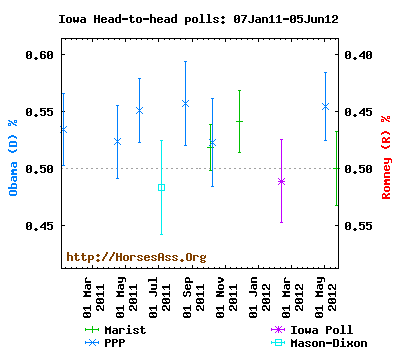 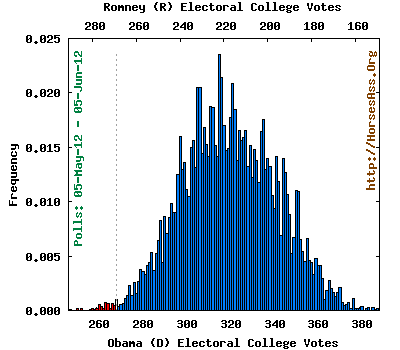