Obama has made a big jump in his chances to be reelected with this new analysis.

A couple of things. This analysis only includes polls through early Friday morning. Also, I am using a 7-day “current poll” window at this point in the race. Third, after missing most of the week, I cannot go through the state-by-state polls today. And last, there are some older polls I’ve added but not included in this list. The list may also exclude one or two new polls. You can always see what polls are used for each state from the big state table below.

Here are (most of) the new polls I’ve included: 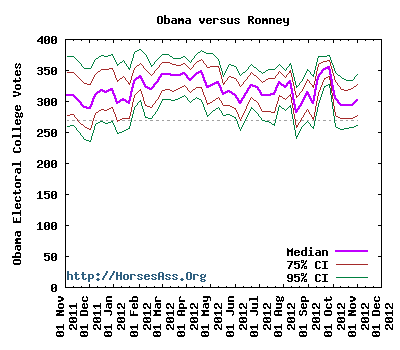 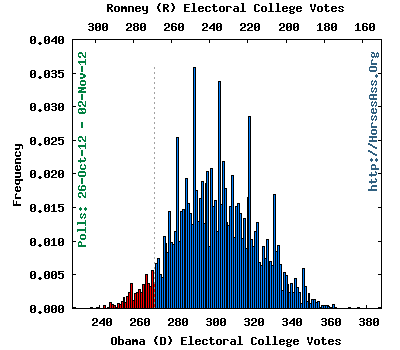