There have been fourteen new state head-to-head polls taken since my previous analysis of the race between President Barack Obama and Mitt Romney.

No big surprises in them. Obama leads Romney in the three classic swing states of Florida, Pennsylvania poll and Ohio (twice). Obama also leads in Virginia and three Wisconsin polls. On the other hand, Nebraska CD 2 has swing slightly in favor of Romney. 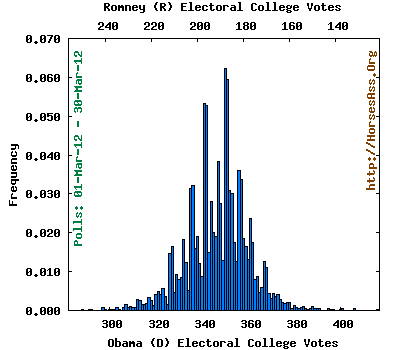