Inslee wins 90.8% of the simulated elections to Bryant’s 9.2%, suggesting that Inslee has about a 91% chance of winning, based only on the evidence contained in this poll.

Here is the distribution of votes from the simulated elections. 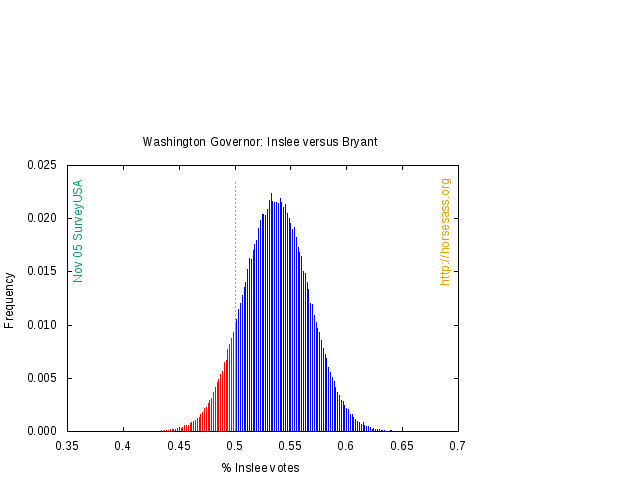 Of course, we have other polls in this election that shed additional light. Here is the polling over the past 8 months in the election suggesting that there has been almost no change in the race over the past eight months. 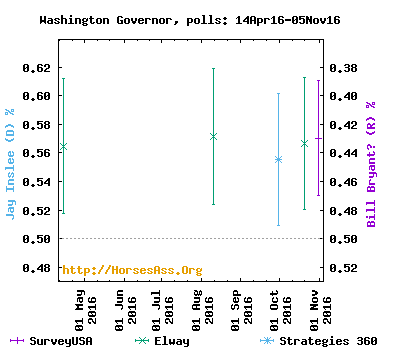 The relative stasis in the race suggests that we can combine the October Elway poll with the current poll. The Elway poll, taken 20-22 October, surveyed 502 individuals (4.5 MOE) and found Inslee leading 51% to 39%. If we repeat the previous analysis using both polls, Inslee wins 989,592 times and Bryant wins 9,805 times. The evidence from these two polls, suggests that Inslee will win with near certainty (99.0% probability). 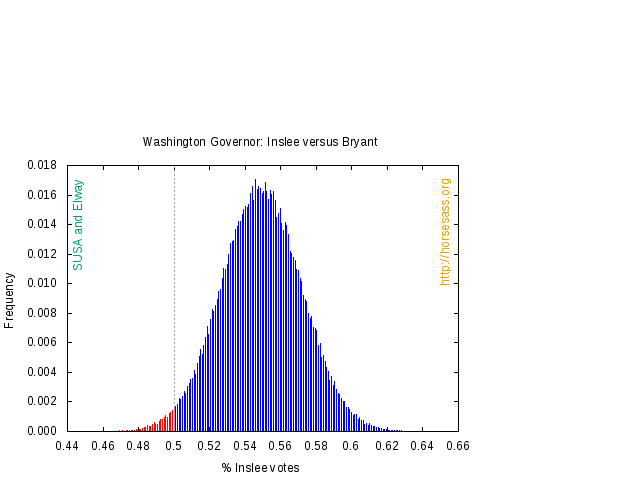 There you have it. If the election was held today, Inslee would beat Bryant. I don’t expect the race to change much between now and Tuesday, but it is wise to keep in mind that anything can happen in politics.