Saturday’s analysis showed control of the Senate to likely remain in the hands of the Republicans. The Democrats had only a 12.1% probability of taking the Senate. I’ve added about 20 new polls since then. I’ve also shortened the “current poll” window to 10 days (if only to match the Presidential election).

There has been a few interesting changes. 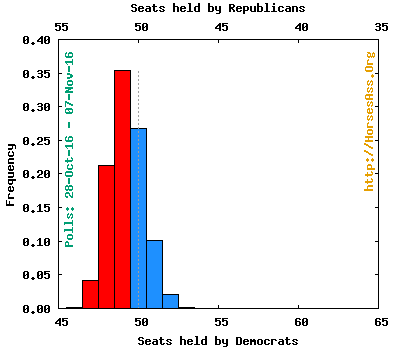 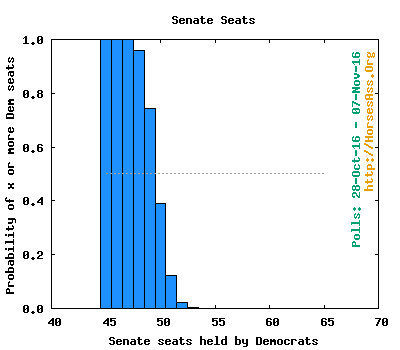