The bloodiest war in America’s history, on a per capita basis, took place in New England in 1675.

Things have turned a little ugly in the Republican primary reality show. Look at these recent headlines:

What this means is that tonight’s New Hampshire GOP primary debate will be a veritable bloodbath. It’ll be streamed by ABC.

I’ll try to liveblog what I can. But feel free to leave your thoughts in the comment thread.

5:56: The pre-game show had devolved into a discussion of Rick Santorum fighting with an 18 year old girl. Santorum got some boos as he left the room, so obviously lost.

6:03: Santorum…”we need a leader, someone who can convey a positive image for the U.S.” “Someone who can paint a vision of what we are about”. He means Santorum?!?

6:09: Mitt takes credits for creating 100,000 jobs, “net—net”. But then must admit that he is talking about jobs that were created after he had nothing to do with it.

6:11: Mitt keeps suggesting that private sector is useful for creating jobs as President (or Governor). Let’s look at the stats (click for larger image)… 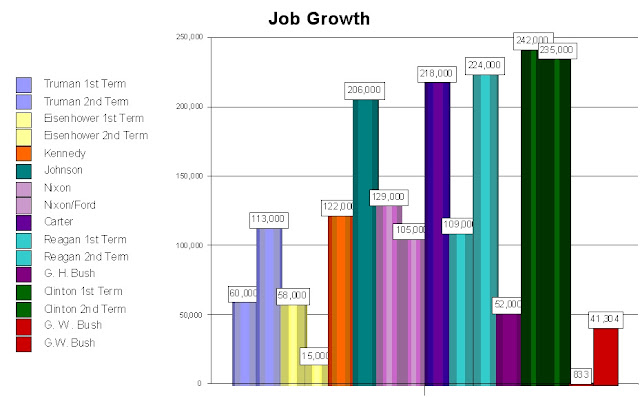 6:20: At this point, the moderators are staying out of it and letting the candidates bludgeon and hack at each other.

6:21: The moderator tries to lure Huntsman and then Romney into a fight. They call for a ceasefire to turn the attack toward Obama.

6:25: Rick Perry gets a softball question about the military and babbles for a few sentences before his brain warms up.

6:26: Newt is no Chickenhawk! Because…his father served in the military.

6:27: The moderator asks Ron Paul if he would call Newt a Chickenhawk. “Yeah, I would.” He doesn’t.

6:30: Ron Paul gets asked about his newsletters. If he had any balls, he’d walk out of the debate….

6:31: Paul asks, “how many times do you see a rich white person get the electric chair?” Perhaps Rick Perry could take that one?

6:34: During the break…the commentators are disappointed in the battle…not enough ganging up on Mitt.

6:37: Looking back at that chart…George W. Bush had lots of private sector experience. He destroyed lots of companies before trying to do the same to the U.S.

6:42: Ron Paul believes in a right of privacy guaranteed in the Constitution, which means that contraception is good.

6:47: Santorum: Defining marriage is a federal issue, but adoption for same-sex couples is a state’s rights issue.

6:48: Mitt: Same sex relationships are fine…just don’t call it “marriage.” Because that somehow goes against thousands of years of human history.

6:53: Rick Perry claims that the Obama administration is engaged in a “war on religion.” What the fuck?!?

7:00: Santorum engages in a babblefest…something about the first important thing in the war in terror is to de-sanitize our documents to get rid of political correctness. You could say, we should Santorumize them instead.

7:02: Newt want to outlaw “American Presidents bowing before Saudi Kings.” There is some bold foreign policy vision for you!

7:07: Babblery must be contageous…I couldn’t really follow that last bit by Santorum leading up to the break.

7:14: Mitt claims Obama wants to turn the U.S. into a social welfare state. Funny…I’ve never heard Obama say anything like this.

7:17: Huntsman: “We need to stimulate confidence in the creative class of this country.” Santorum doesn’t want everyone to have the opportunity to go to college

7:21: Ron Paul slips into dementia claiming that the “Republicans stand for less spending.” Not in my lifetime!

7:30: Mitt claims the Obama administration has opened up no new trade relationships for foreign countries. I believe the fact checkers will have some fun with that one.

7:32: Mitt hits Huntsman for “implementing the policies of this administration in China.” Huntsman talks about Mitt’s lack of understanding of the trade relationship with China.

7:40: The fluff round has begun…and, mercifully, ended after about one minute.

7:43: As always, the pundits think Mitt Romney wins by not getting too beat up.