A new PPP poll, conducted on behalf of the Center for American Progress Action Fund, provides a preview of how some ballot measures will do tomorrow night.

For the most part, the poll reinforces what we saw in the recent Washington Poll. There is one interesting difference between the Washington Poll and the new PPP poll. The Washington Poll was taken Oct 17-24, so mostly prior to the 24 Oct Marysville-Pilchuck high school shooting. The PPP poll surveyed 636 likely voters from 30 Oct to 1 Nov, after the shooting. 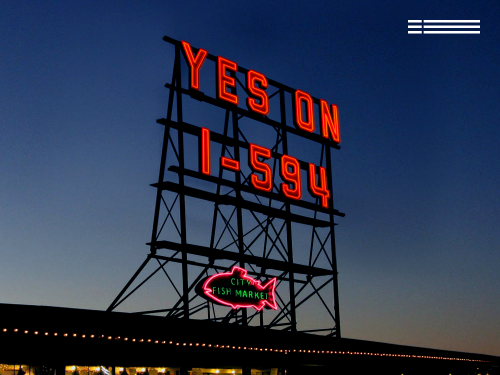 How did the gun initiatives do? Initiative 594, that would close the background check loopholes, gets 59% support in favor and 38% against, with 3% unsure. This is a small drop in support from the WA Poll’s 64% Yes to 36% No. We can expect it to win handily.

Initiative 591, that would prohibit the state from imposing background checks, is losing 41% in favor to 52% against and 8% not sure. Compare that to the WA Poll’s 42.6% Yes and 45.7% No. That spread has more than doubled from three points to seven. Of course, this could be sampling error, different polling methods, etc. in addition to or instead of an actual change since the shooting. But this poll certainly suggests that I-591 will very likely lose on Tuesday.

The primary reason I-591 is on the ballot is to confuse voters. It directly competes with I-594 yet the numbers in the WA Poll suggest that a chunk of voters were saying YES to both measures–that is, some voters are confused.. Perhaps it is wishful thinking, but the increased opposition to I-591 in the PPP poll may reflect voters being more informed about both measures.