Today I stumbled across this recent Field Poll that shows Californians growing more and more…um…excited about mail-in voting. 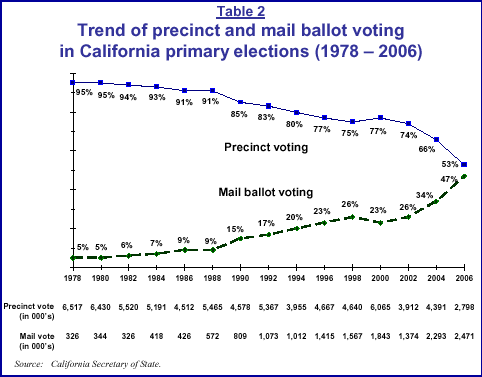