Some 40 new state head-to-head polls have been released since my previous analysis was posted last Friday. Many of the new polls have been taken partially or fully after the death of Supreme Court Justice Ruth Bader Ginsburg, an event that could possibly change the dynamics of the Presidential race between Democrat Joe Biden and Republican Donald Trump. If so, it has not affected the expected outcome of a (hypothetical) election held now. 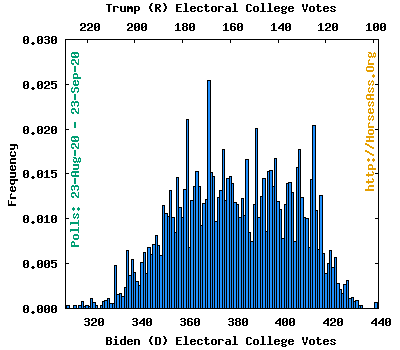 The long term trend in this race can be seen from a series of elections simulated every seven days using polls from 23-Sep-2019 to 23-Sep-2020, and including polls from the preceding month (when possible…see the FAQ). 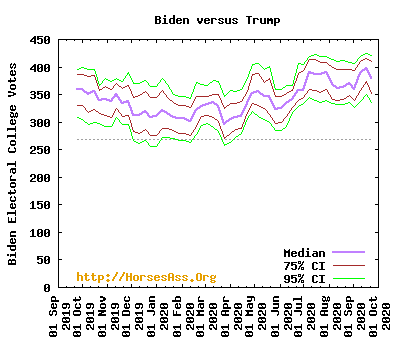 Returning to the simulation for the current time period, after 100,000 simulations: