4:00: Georgia is too close to call! Trump takes Indiana and Kentucky. Hillary takes Vermont (thanks, Bros!)

4:18: In my opinion, if Trump loses either Florida or North Carolina, he will lose.

4:50: SC has been called for Trump! Not a big surprise. I predicted 100% with BS polls and 77% chance without for Trump winning.

4:45: North Carolina was called at 7:53pm PST in 2012. But, I believe a judge just extended the poll close time in some areas on account of erroneous announcements. Expect later call.

5:05: The Duckworth win isn’t a surprise, but it is significant. Without this win, there is no way Dems would take the Senate. As it is, Dem control of the Senate is iffy.

5:09: Steve Kornacki, “…with Hillary Clinton cleaning up with Black voters in Florida….” Ummm…maybe rephrase that?

5:25: As I predicted, Young takes Indiana! That is a blow to Dem’s taking the Senate, but not unexpected given the recent polling.

SC/AL both called for Trump. No surprises.

5:44: Some networks call the House for the GOP. Probably true, but AP hasn’t called it yet.

5:45: Georgia is too close to call. Really?!? Georgia could go for Clinton?

5:46: On the other hand, Florida isn’t looking good for Clinton.

5:47: Clinton has a +7% lead in Ohio right now, but really the lead may not be representative.

I wonder if @DineshDSouza is working off any of his public service sentence tonight?

6:08: Trump takes NE. Not sure about the NE CDs, but he probably takes them, too.

6:16: I understand FAUX News has called Arizona for Sen. McCain. Could be.

It's pretty fucking embarrassing that this many states and this many Americans have been conned by a blithering dickhead.

6:45: Frankly, it is pretty disappointing that the election is this close.

7:20: The Donald takes OH. Totally expected, but an important development.

7:36: PA is looking better. Clinton is up by 5%, although “calling” the state requires knowledge of what precincts have reported.

7:49: Looks like some media is callin NC for Trump…

7:52: Pennsylvania is looking good for Clinton. So here is the deal. If Trump wins FL and NC (as seems likely), Clinton needs VA and PA, which she probably has. Then she needs to sweep WI, MI, and MN, which is likely (even if Trump leads in WI right now). The critical state will be NV. It will likely determine the winner. If Trump takes one of WI MI and MN, bad news for Clinton. I had NV likely going for Trump, but I am told by a campaign doing internal polling in NV that NV will be in Clinton’s column. I’d be happy to be wrong.

BTW: Alaska is a 3-vote wild card. Last non-internet poll in AK had Clinton leading by +4% (or something). On the other hand, it is the ONLY poll that found her leading. And it was from an unknown pollster, so don’t bet the farm on AK.

7:59: Another point about NV: Most polling is likely to underestimate Clinton support because most polls don’t do Spanish versions.

8:03: Unbelievable: Johnson is called in WI. No Senate for the Dem’s.

8:04: A couple of other points: First, I am assuming Trump will win IA, but Clinton seems to be running Strong there.

8:22: Wisconsin is going to be VERY close. Humanity as we know it may depend on the cheesehead vote.

incredible coda to the night https://t.co/6tCbPZcFBL

I want to take a moment to congratulate the Russians on their narrow victory.

11:32: AP has just called the election for Donald Drumpf. Should thing go as expected by Inauguration Day in January, we will be in for chaos. 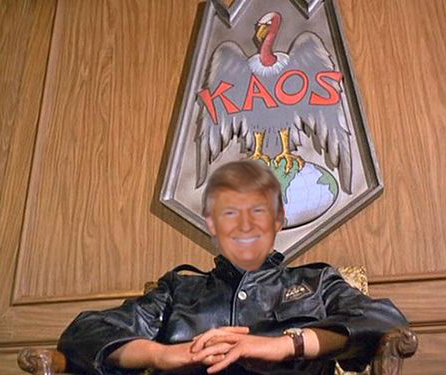