Join us at the Seattle chapter of Drinking Liberally for an evening of politics under the influence. We begin at 8:00 pm at the Montlake Ale House, 2307 24th Avenue E, but some of us will be there early for Dinner and to watch the Republican National Comedy show.

Tonight’s activity is a contest to turn this flow chart into a board game: 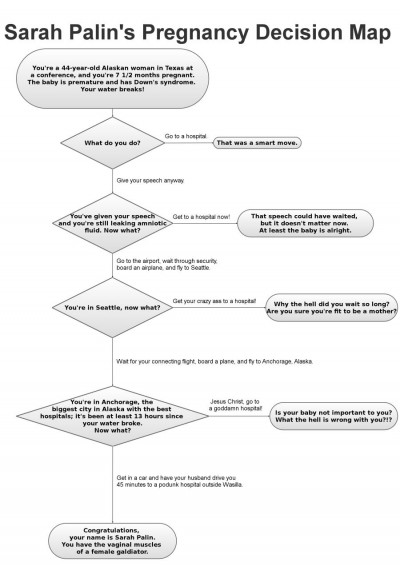 Tonight’s theme song could only be Sarah Smile by Hall and Oats: