Dear Person who left this in my yard: 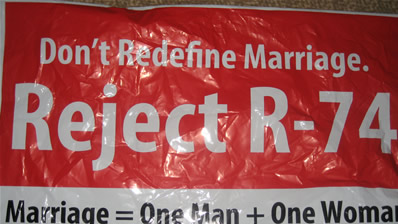 It’s gone now…got in the way while I was raking.

But before you put up a new one, please have the courtesy to fill out the application in the box by the door. Please print legibly, and pay particular attention the the section labeled, “Next of Kin.”