Not to be outdone by Rep. Weiner, or Canadian politician George Lepp or this pervert from Redmond, or this unbalanced character near Skyway, or this resourceful Bangladeshi woman, Dick Cheney gave his own seven gun salute to the troops for Memorial day when he tweeted an old newspaper photo. It was from a Memorial day wiener roast of the past. 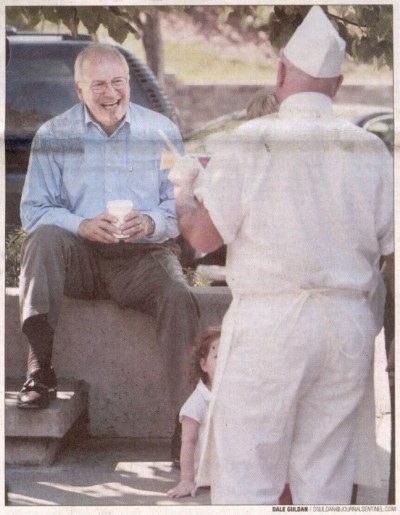 “The art is in doing the show without everyone noticing….”, came the next tweet, followed by, “…and making a big goddamn deal out of it. He loses.”

The former VP launched another salvo with, “I win on subtly…seriously, if you get a ‘-gate’ suffix, YOU LOSE!”

With that, Cheney tweeted a link to the Weiner photo: 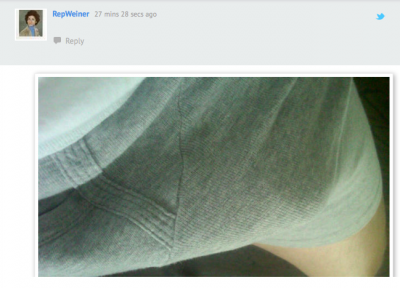 “I win on dimensions, no? And you’d better agree with me @Breitbart or I’ll shoot you in the face. LOL!”

Shortly thereafter Cheney either realized or was informed that he was twittering instead of PMing.

The tweets vanished…seemingly flushing right down that hole sitting between the first and the second branches of government.