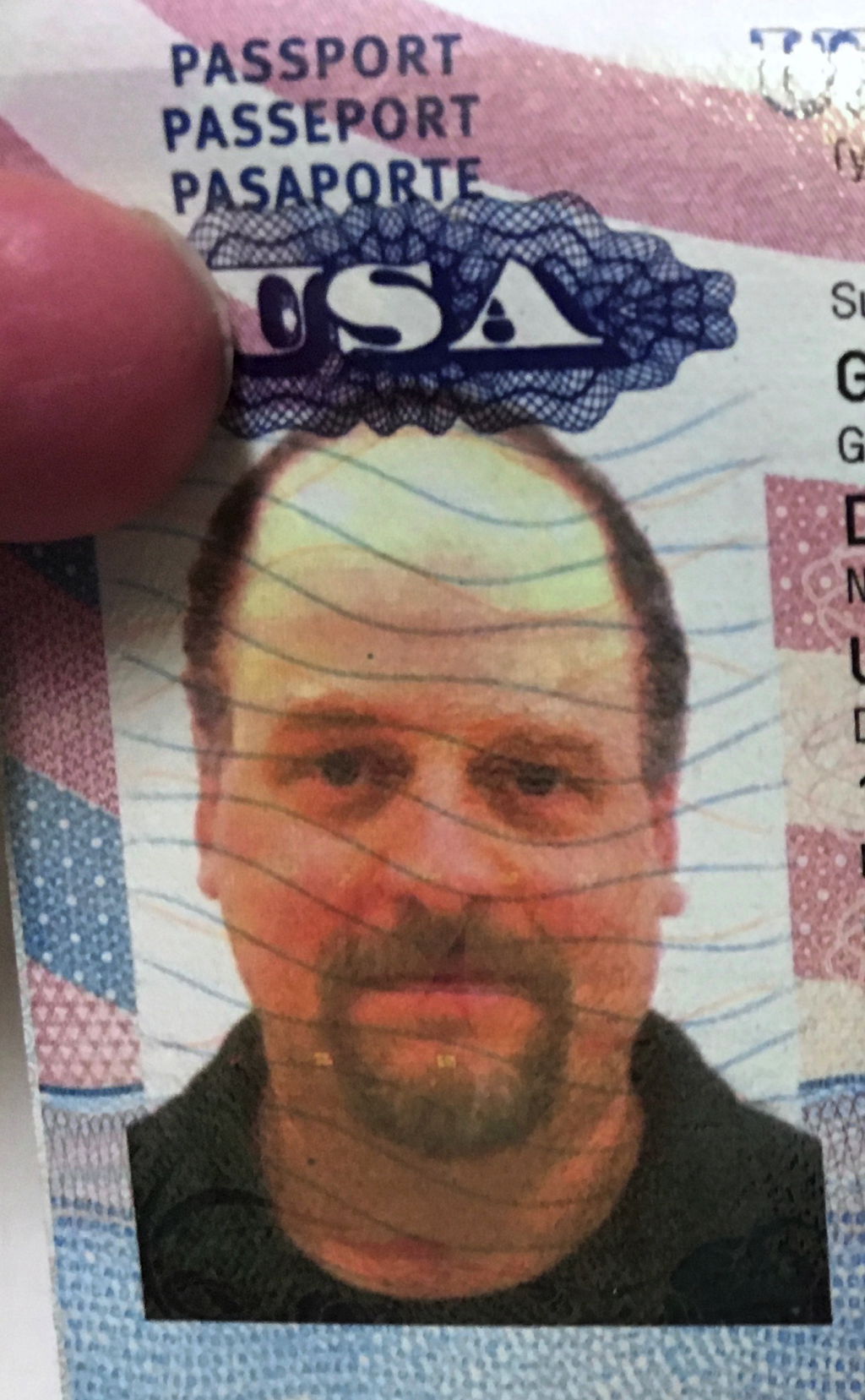 Just look at that punim. Does that look like the face of a terrorist to you?

Monday evening, returning to the US from our “vacation of a lifetime” to the Galapagos*, I was detained by Customs and Border Patrol agents at Miami International Airport.

I hadn’t flown internationally in 15 years, so I was unfamiliar with the reentry process. As instructed, my daughter and I used the automated kiosks provided for US citizens. We scanned our passports. We answered the questions honestly—”no” to everything that would warrant further inspection—and had our photos taken. (The touch-screen kiosk is actually pretty nifty; it automatically adjusted its height lower to take my daughter’s photo.) Katie’s reentry pass printed out with a slightly goofy surprised smile. Mine printed out with a big X printed across my face, and instructions to go see an agent… who promptly confiscated my passport and called an armed agent to escort me to a holding area. My passport had been “flagged,” I was told. 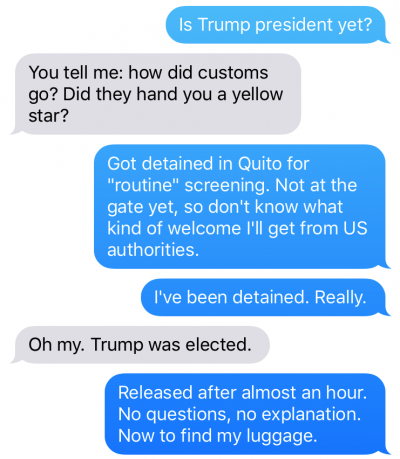 Only after the fact did I learn I wasn’t allowed to use my phone at CPB. Oops!

“How long will this take?” I asked the agent, mentioning that we had a connecting flight to catch.

While others were escorted into rooms for their interviews, my daughter and I sat and waited, making plans for her to continue to Seattle without me or our luggage if the process dragged out too long. After about 45 minutes, I was called to a counter, handed my passport, and instructed to take a left, head down a hallway, and then go through a gray door. It was only once I opened the door that I realized it was an exit. It would have been useful had they told me they were done with me, considering my daughter was still waiting in the sitting area around the front.

I retrieved my daughter, and after a bit of a search, our luggage (our flight information had scrolled off the monitor, and no airport personnel could tell us on what carousel it had arrived, so we had to sort through thousands of bags). The process leaving the baggage area was routine. At no time during my encounter with CBP was I questioned; at no time was my body or belongings searched. Fortunately, we had a three-hour layover, so we made our connecting flight.

But the question remains: Why the fuck was my passport flagged?

I suppose it could have something to do with this. Or this. Or maybe this, this, or this. But although I’ve been a brash and frequent critic of the security theater that has characterized the Orwellian-named Department of Homeland Security in the post-9/11 era, nothing I’ve said or written could reasonably be interpreted as an actual threat. Still, I’ve always entertained the possibility that my writing could leave me open to some sort of retaliation.

But assuming this incident was intentional rather than due to some weird glitch (and to be clear, there was nothing random or routine about my detainment), I’m guessing it probably had more to do with something like this. Or even more likely, this. And if it was, judging from their actual lack of interest in me or my belongings, I can only characterize this experience as an episode of official harassment.

Okay. Lesson learned: From this point forward I will always speak my mind clearly and forcefully—even recklessly—without any fear of the consequences. I’ll just never, ever book a return to the US again expecting to make a connecting flight.

Suck on that, DHS.

* And yes, it was a vacation of a lifetime.