Not to make too big of deal about it, but the Iraq war ended today. 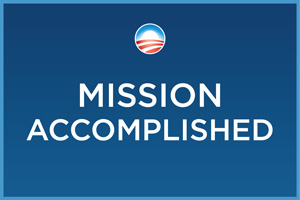 I mean, except for the nearly 5,000 U.S. soldiers and contractors killed in the conflict. And the hundreds of thousands of Iraqis who died as a result of the U.S. invasion.